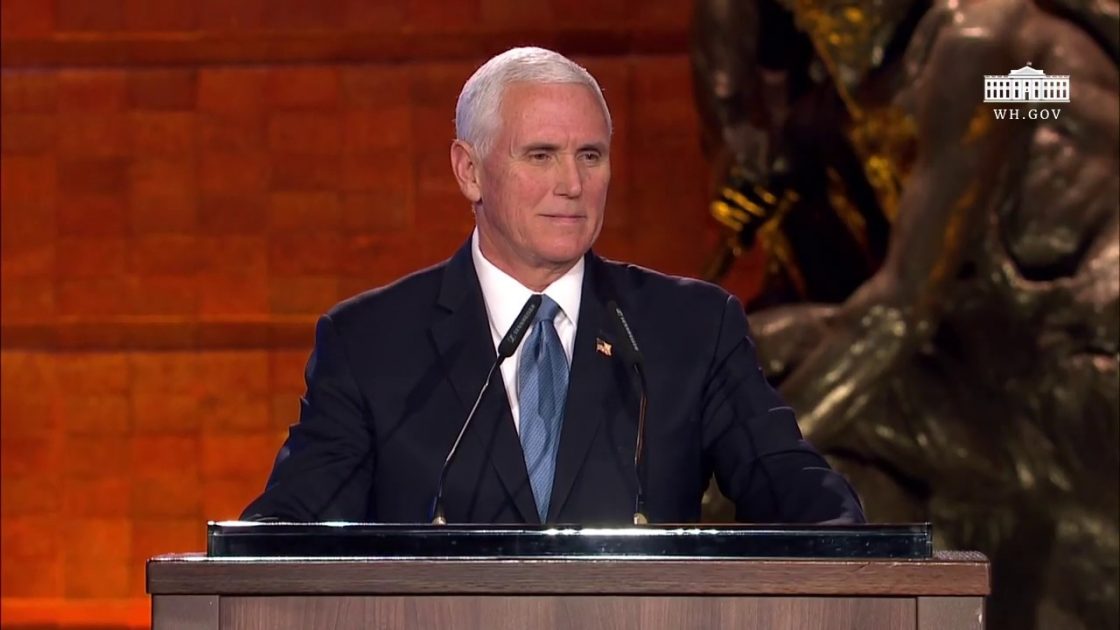 The following article, VP Pence’s Motorcade Gets Into Two Accidents During Trip To Pennsylvania, was first published on Flag And Cross.

The motorcade for Vice President Mike Pence has been involved in two separate accidents while on a trip to Pennsylvania, though both incidents seem to be minor with no injuries reported.

Reports have been coming from the White House press pool concerning the accidents, stating that Pence’s bus hit the fender of a dump truck while driving down a rather tight road. After that particular collision occurred, Pence was moved from the bus to a limousine.

“I personally saw the driver of the truck get out and yell in the middle of the street before moving [to] a nearby parking lot to talk to authorities. He was NOT happy,” said Newsweek’s Elizabeth Crisp in a tweet.

A short time later, two motorcycles in the motorcade were involved in a separate accident in White Oak.

The vice president was seen out on the scene. An ambulance was present, but it appears that the officers involved were just being checked.

Pence is out in Pennsylvania as part of a campaign trip designed to help get folks excited for Trump’s reelection efforts, something that’s sorely needed in this crazy, wacky time right now.

Trump has relied on rallies in the past to keep his base fired up, but that has been very difficult to do this time around thanks to the coronavirus. Folks don’t feel safe attending massive gatherings like that.

And perhaps there is some merit to that. Former presidential candidate Herman Cain attended Trump’s rally in Tulsa and contracted the illness. He passed away on Thursday from it, so it’s no joke.

It’s possible to not go overboard and be ridiculous, while also treating the virus with respect. Let’s hope that perspective takes over and ends the hysteria.

Continue reading: VP Pence’s Motorcade Gets Into Two Accidents During Trip To Pennsylvania ...