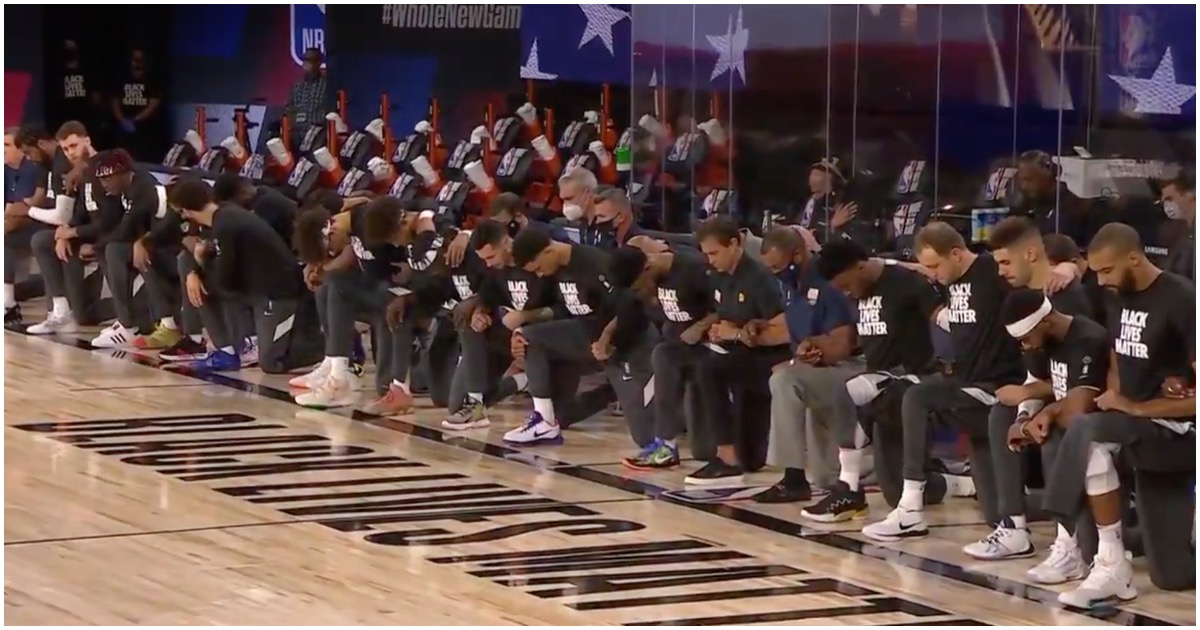 The following article, Every Single Player Kneels During National Anthem At First NBA Game Back From COVID Break, was first published on Flag And Cross.

The Los Angeles Lakers took on the Los Angeles Clippers. Before that, the New Orleans Pelicans faced-off against the Utah Jazz. All NBA games are now being played in Orlando as we continue to deal with the “Chinese virus.”

Unlike Major League Baseball, which saw players take a knee in solidarity before the National Anthem, every single player from all four basketball teams took a knee during the rendition.

You just know that Colin Kaepernick is smiling from ear to ear right about now.

In the “What We Believe” section of the official Black Lives Matter website, the organization calls for the “national defunding of police” and for the “disruption” of the nuclear family.

Every player, coach and ref takes a knee during the national anthem before the Pelicans-Jazz game pic.twitter.com/LZy1A6s8VM

The @Lakers and @LAClippers kneel during the National Anthem. pic.twitter.com/A0OdsXNKm3

Marxist defined: An adherent of Karl Marx or his theories. Of course, Marx was a communist philosopher – and mass murderer.

One of the co-founders of “Black Lives Matter” just admitted she is not only a Marxist, but an “organizer.”

Not watching so I don’t give a shit .

Not to worry black basketball players, your ‘new’ fan base consisting of blb & antifa people will attend and pay your salaries……won’t they??