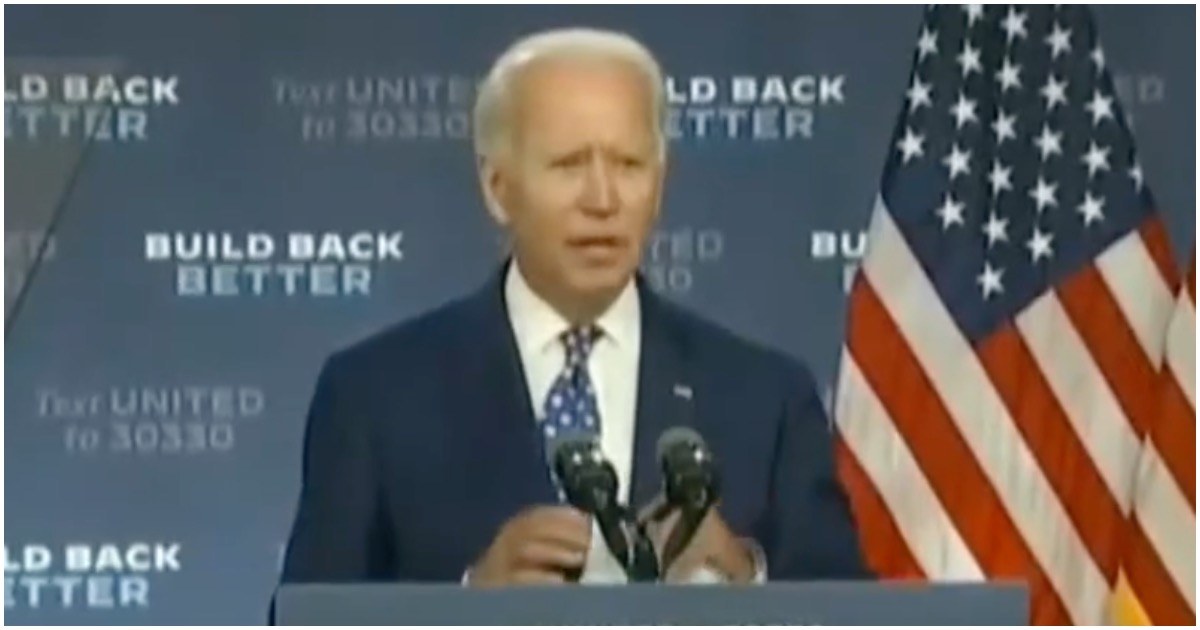 The following article, Video: Biden Takes to Podium, Forgets Where He’s At, Freezes, Tries to Play It Off As ‘A Joke’, was first published on Flag And Cross.

What more proof does the left need to know that Joe Biden is mentally unfit to be president? It’s sad to see. The former VP is an elderly man who is clearly suffering from…something.

He shouldn’t be running for office. He should be at home, playing with his grandkids.

But no. Joe is power-hungry. He wants to become POTUS after already having failed on two previous tries.

The bottom line? It would be wrong to put this man in charge, not because of his negligent past in public office, but because he’s not all there.

Check out this video from February, where Joe is left-leaning around by a staffer like he’s blind…

Continue reading: Video: Biden Takes to Podium, Forgets Where He’s At, Freezes, Tries to Play It Off As ‘A Joke’ ...

Well, if biden were to win the election, he would only be the figurehead (for a short time until senility prevented further) and someone like soros would actually be your ‘president’ or more correctly your dictator. Go ahead liberals, vote dem and end your rights to speak, riot, burn, etc. Eventually your communist overseers would put you in their gulog for what you get away with today.