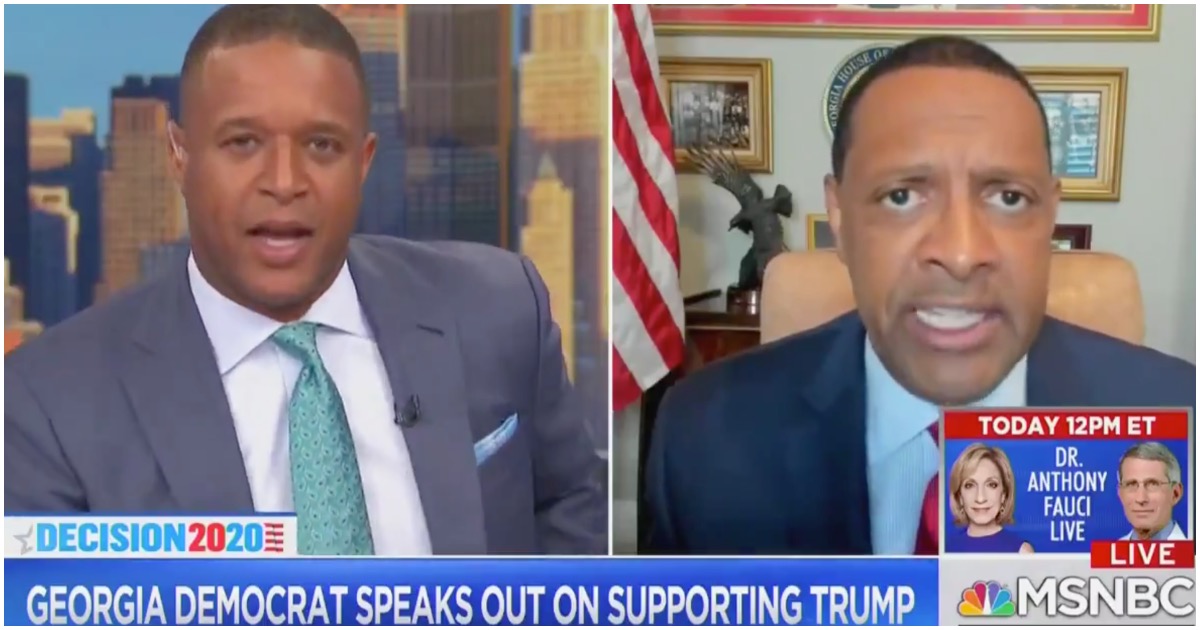 The following article, Twice In One Week, MSNBC Host Asks Black Conservatives If They’re Paid to Support Trump, was first published on Flag And Cross.

There’s no chance a black man could support President Trump of his own volition, right? Of course he’s being paid to back a white man whose policies aim to keep African-Americans down, right??

You have probably never heard of Tiffany Cross, considering she works over at MSNBC. Hopefully, this is the first and only time we’ll have to write an article about her.

Like Colin Kaepernick, Cross used her platform to bash America on Independence Day. She even compared Trump supporters to “colonizing slave owners.”

The modern-day liberal is not a good person.

Cross said, “And so here we are celebrating the birth of a nation, independence for white men at a site described by one native American activists as “a symbol of white supremacy.” Trump choosing Mount Rushmore for a 4th of July campaign stop is just like when he chose Tulsa, the site of the 1921 massacre against black Americans, for his Juneteenth weekend rally. It’s that cool, tired and familiar jab to black, brown and indigenous people that makes the shrinking MAGA voter feel as big as a 60-foot face of a colonizing slave owner.”

Sounds like the ‘racist’ tag those racist dems are always throwing at conservatives. They must agree with old china-joe that they are not black unless they vote for democrats?

They should’ve asked the MSNBC interviewer if they enjoy going down on their DemonKKKrat “massahs….”