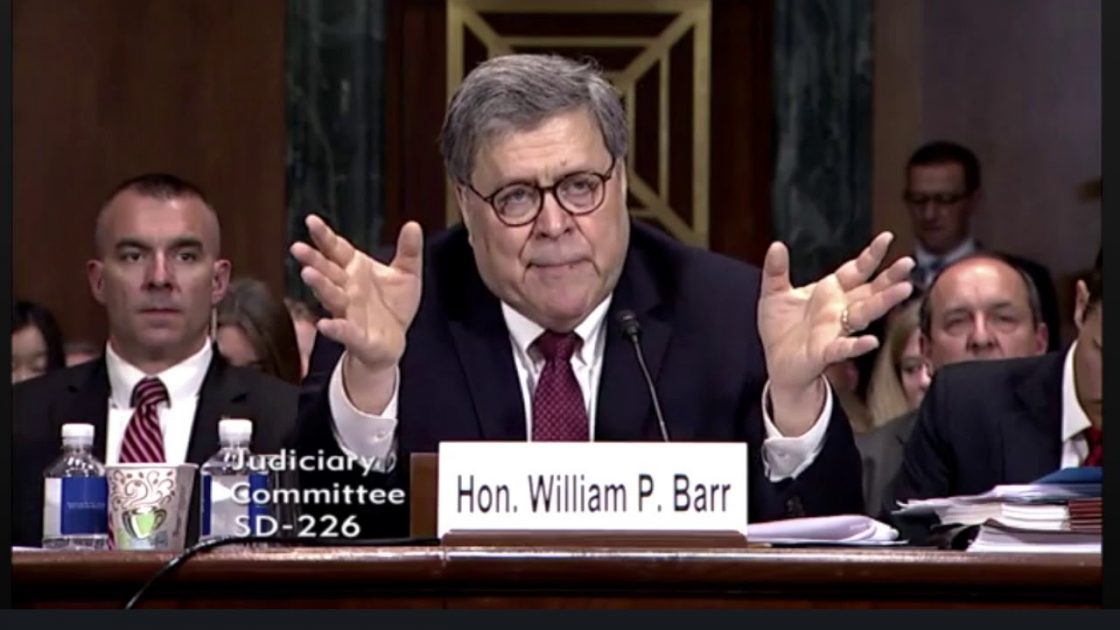 During a hearing before the House Judiciary Committee on Tuesday, Attorney General Bill Barr would not commit to holding off on the release of a report put together by U.S. Attorney John Durham until the end of the 2020 election.

After hours of being grilled by Democrats in which Barr was repeatedly cut off and not allowed to fully answer important questions, the attorney general rejected the notion that releasing the Durham report from his criminal inquiry into the Russia probe before the end of the election would amount to election interference.

Of course, it’s okay for the left to utilize the mainstream media and social media platforms to try and suppress information and allow liberal news sources to have free reign and influence the election. Hypocrisy at its finest.

“Under oath, do you commit to not releasing any report by Mr. Durham before the November election?” Rep. Debbie Mucarsel-Powell, a Florida Democrat, asked the attorney general.

“No,” Barr replied. When asked again, he repeated, “No. I will be very careful.”

During cross-talk between Mucarsel-Powell and Barr, the Florida Democrat claimed the attorney general was saying, “you won’t go by Justice Department policy that you won’t interfere in any political investigations before the election.” Barr reiterated, “We’re not going to interfere — in fact, I’ve made it clear that we’re not going to tolerate interference.”

Mucarsel-Powell fired back with, “But under oath, you’re saying that you do not commit to not releasing a report by Dunham.”

Barr replied by saying, “Any report will be, in my judgment, not one that is covered by the policy and would disrupt the election. I’ve already made it clear that neither candidate is under investigation.”

The left is obviously trying hard to keep Dunham’s report from seeing the light of day. Why? Why are they so terrified of this information coming out and being broadcast to the nation? There has to be something in it that makes Democrats nervous. Clearly, they are afraid whatever it is will sway voters to stand with Trump.

Could there be any more reason to release the report?

Aw, the corrupt dems are hoping the ‘indictments for other corrupt dems is after the election, and must believe that if they were to win they could then ‘pardon’ all the dems being tried for their crimes….

I am fed up with delaying justice and not revealing wrong-doing of any person or party. WE THE PEOPLE should know everything BEFORE the election so we can make an informed decision without regrets later. Angry about all the complicit political secrecy.