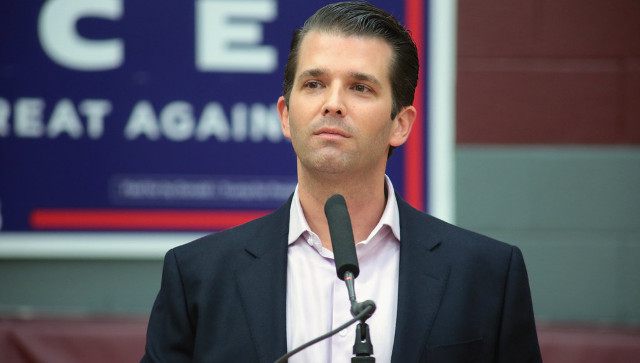 Social media network Twitter, one of the largest platforms for the dissemination of information in the world, has handed out a partial account suspension to Donald Trump Jr., son of President Donald Trump, after he dared to share a controversial video concerning the anti-malarial drug hydroxychloroquine.

Hydroxychloroquine has been touted by many individuals in the medical profession to be a highly effective treatment for the coronavirus and has been noted to have saved hundreds of lives, including that of several politicians.

So why in the world, given the fact that doctors and scientists are coming out in agreement about the efficacy of this drug, would Twitter want to stop this information from reaching the public?

That is indeed the question that needs answered.

A message from the company said that some features of Trump Jr.’s account were “temporarily limited” after he violated the company’s rules — specifically, a policy on “spreading misleading and potentially harmful misinformation” related to the coronavirus.

A spokesperson for the company said that the account was not suspended, but that “some” account features would be limited for 12 hours because of the rule violation.

The drug became a flashpoint in the administration’s coronavirus response after President Trump began touting it as a possible cure. Trump said he took the drug after his personal valet caught the virus. Following a two-week regimen of taking the drug, Trump said he was “feeling perfect” and “would take it again” if he was exposed to the virus. White House trade and manufacturing adviser Peter Navarro has also called for the drug to be used.

Andrew Surabian, a spokesperson for Trump Jr. and a Republican strategist, announced the news via his own Twitter account:

Big Tech is the biggest threat to free expression in America today & they're continuing to engage in open election interference – full stop. pic.twitter.com/7dJbauq43O

Surabian released a full statement on the incident:

“Twitter suspending Don Jr. for sharing a viral video of medical professionals discussing their views on Hydroxychloroquine is further proof that Big Tech is intent on killing free expression online and is another instance of them committing election interference to stifle Republican voices.”

“While there is indeed much disagreement in the medical community about the efficacy of Hydroxychloroquine in treating coronavirus, there have been studies reported on by ‘mainstream’ outlets like CNN, suggesting that it may in fact be an effective treatment. Those pretending otherwise are lying for political reasons.”

“It is beyond the pale for Twitter to silence someone for sharing the views of medical professionals who happen to dissent with their anti-Hydroxychloroquine narrative.”

It definitely seems fishy that Twitter would be so desperate to try and hide this information from the masses. Look, if this information is inaccurate, then other individuals need to come out with counters to it and release it to the masses too. That’s how freedom of speech works.

Individual American citizens are responsible for doing their own research, for looking into important pieces of information themselves and verifying what they are reading. It is not the responsibility of the media or Big Tech companies to spoon feed people the truth.