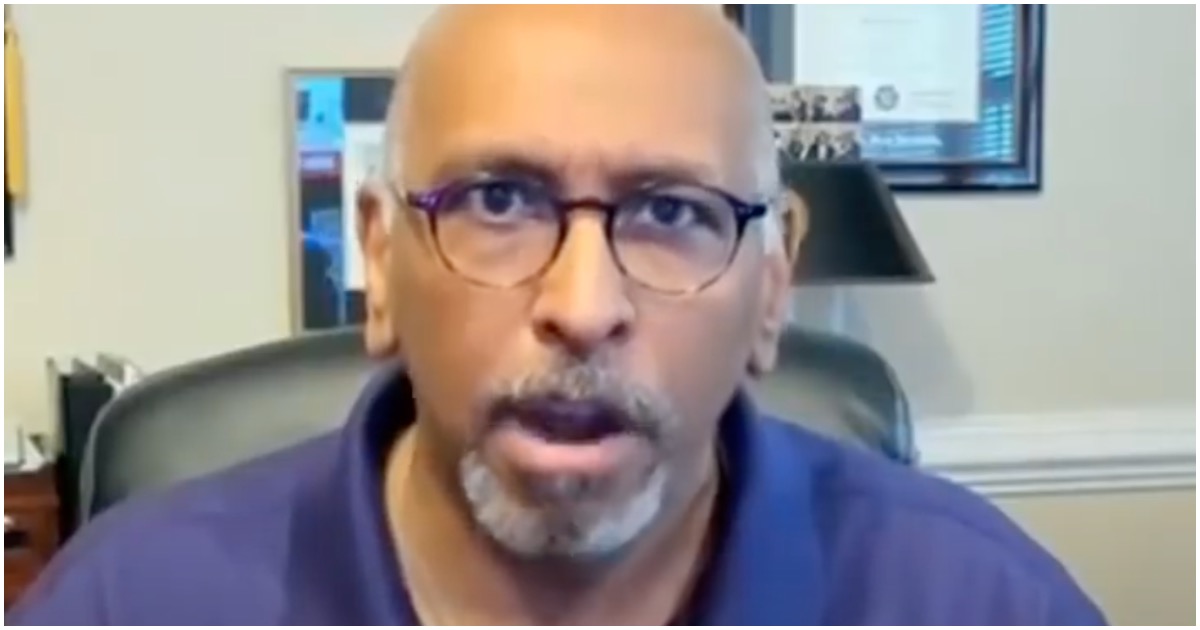 How in the world was Michael Steele ever the head of the Republican National Committee? Who was responsible for making that happen? Talk about wanting a do-over.

On Tuesday, Steele said something very ignorant. He’s basically standing up for radical leftist protesters, who have done nothing but trash cities all over the country.

Here’s the deal, from HuffPost via Yahoo News:

Michael Steele, the former chair of the Republican National Committee who is now a prominent critic of President Donald Trump, has some advice for the protesters in Portland, Oregon.

Steele noted, “Do not give the president the link he’s looking for to connect that dot. Go to state property. Go to a mall. Go someplace else. But you don’t have to open that Pandora’s box of crazy that Trump wants to open and have a cellphone there ready to videotape your actions and reactions and play it back in his campaign commercials to say, ‘See? I told you. This is the America they want.’”

According to Steele, Trump supporters are “pathetic” and “sycophants.” The comments were made during a panel discussion on MSNBC.

Jonathan Capehart, the fill-in host of Saturday’s AM Joy, first showed a clip of American Conservative Union Chairman Matt Schlapp in which CNN’s Alisyn Camerota cut off his defense of the president amid impeachment and pushed back on his claims. He then asked Steele, now a political analyst for MSNBC and a Trump critic, if he is surprised that conservatives are sticking by the president.

Steele said, “It is embarrassing how pathetic these sycophants have become, how desperate they are for one man, one man, to like them, to not tweet about them, to say something good about them, to endorse them.”

He went on to say, “It is embarrassingly pathetic for a party that has a rich and long tradition for standing with the rule of law, standing against our enemies, foreign and domestic, so that would include Russia and the KKK.”

Steele, who is 61, served as the chairman for the Republican National Committee for two years, from January 2009 to January 2011.

He joined with MSNBC not long after his tenure in that position ended.

It is pathetic how quickly these spineless neocon RINO’s roll over to DemonKKKrats. Can’t the GOP excommunicate them, or “disavow any knowledge of their existence…” – something?