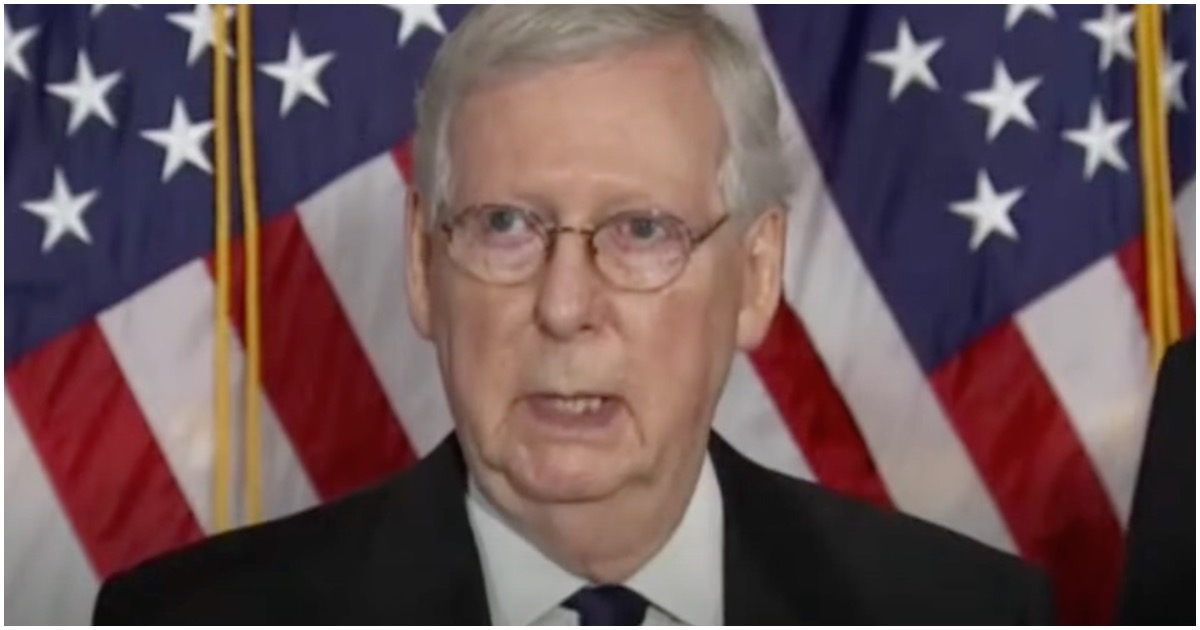 The following article, McConnell Announces New Trillion Dollar Stimulus Package, Another $1200 to Each Qualifying Citizen, was first published on Flag And Cross.

Trump, McConnell, and Pelosi all agree: the American people deserve another coronavirus stimulus check. Boy, did China do a number on the United States (and the world) or what?

The amount of money Congress is borrowing to handout checks, while desperately needed by many citizens affected by the virus, seems absurd.

Despite issues that remain over some items in the aid package, direct payments are expected to easily make it through bipartisan negotiations. President Donald Trump, House Speaker Nancy Pelosi and McConnell were all in agreement that there should be another round of $1,200 in money for most Americans.

Treasury Secretary Steven Mnuchin said Saturday the next round of direct payments would be based on the same formula from the earlier aid bill. Then, people making $75,000 or less received the full amount and those making more than $75,000 received less, depending on their income. People earning above $100,000 did not qualify for the payment.