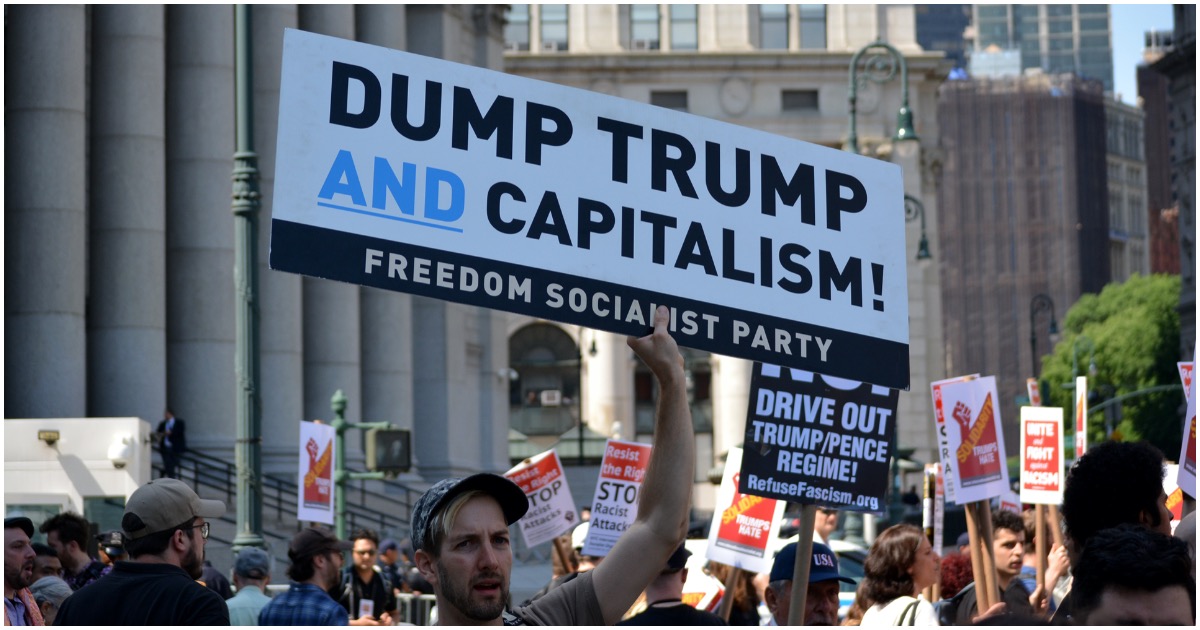 The following article, Anti-Trump ‘Lincoln Project’ Co-Founder Was Denied Job On Trump Campaign Back In 2016, was first published on Flag And Cross.

Bitter. Salty. Whatever you want to call it, that’s how it looks. Steve Schmidt, the founder of the anti-Trump “Lincoln Project,” probably wishes this story never saw the light of day.

Steve Schmidt, one of the co-founders of anti-Trump political action group the Lincoln Project, met with then-candidate Donald Trump and tried to join his campaign during a 2016 Manhattan meeting, sources with knowledge of the conversation told The Post.

But the Republican operative — best known for his work on John McCain’s failed presidential bid before becoming one of the faces of the “Never Trump” movement — failed to get the gig because Trump thought he was a “total idiot,” one of the sources said.

One source said Schmidt, 49, thought the president was “the best candidate he had ever seen” and recounted how the campaign and the operative exchanged emails for months beforehand.

But things quickly soured when Trump thought Schmidt’s ideas were bad and the Big Apple real estate mogul left the meeting with a feeling that Schmidt was “very untrustworthy” and a “total idiot,” the insider said.

While in New Hampshire a little while ago, Joe Biden was confronted by an anti-Trump woman. He agreed with her that 45 is “illegitimate.”

The woman whaled, “He is an illegitimate president in my mind. That’s it. I think all the talk about impeachment and what the Democrats should do, that’s fine, it’s theoretical at this point. Let them investigate, let them subpoena, let them go to the Supreme Court, he’s illegitimate. and my biggest fear is that he’s going to do it again with the help of Vlad, his best pal, and we’re going to be stuck for six more years of this guy. And that is terrifying. It’s terrifying.”

Sheepishly, Biden responded, “Would you be my vice presidential candidate? Folks, look, I absolutely agree.”

Obviously a smart move to deny the scumbag a job back in 2016.