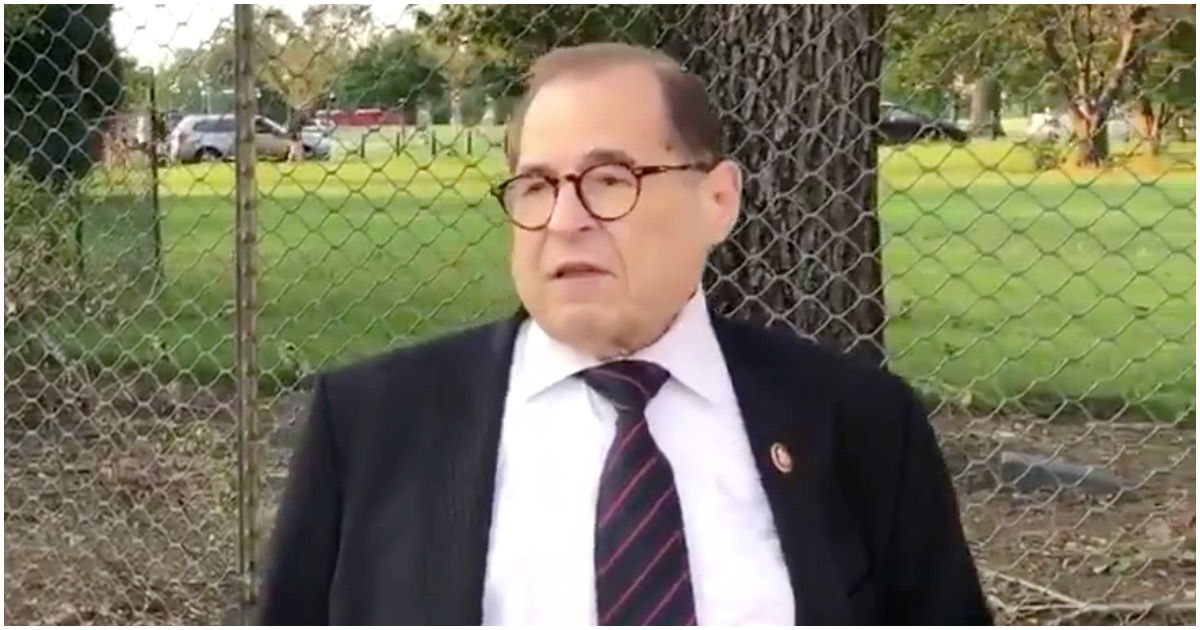 The following article, Violent Riots In Portland Are Just ‘A Myth’ — According to Democrat Jerry Nadler, was first published on Flag And Cross.

Unicorns. Leprechauns. The Loch Ness monster. Bigfoot. A good Democrat. These things are myths. Viollent riots in Portland, Seattle, Los Angeles, and other cities are real.

You can’t deny it – unless you’re a liberal, of course.

Portland protesters barricaded federal officers inside a courthouse — and tried to set the building on fire — as the two groups clashed again Tuesday night into Wednesday.

As hundreds chanted “Black lives matter” and “Feds go home,” a team of protesters propped several wooden beams and sandbags against a door to the Mark O. Hatfield Courthouse, according to tweets from Clypian, an online news outlet run by South Salem High School students.

Continue reading: Violent Riots In Portland Are Just ‘A Myth’ — According to Democrat Jerry Nadler ...

So are his skinny boy jeans!

nadler’s stupidity is only surpassed by those that vote him into office.

Jerrold nadzz is the only Morbidly Obese Circus Midget who tucks his ankle dangling tit’s into his body hugging Spandex……..!

And Nadler( the mentally ill disabled) politician see’s nothing nor hears nothing.