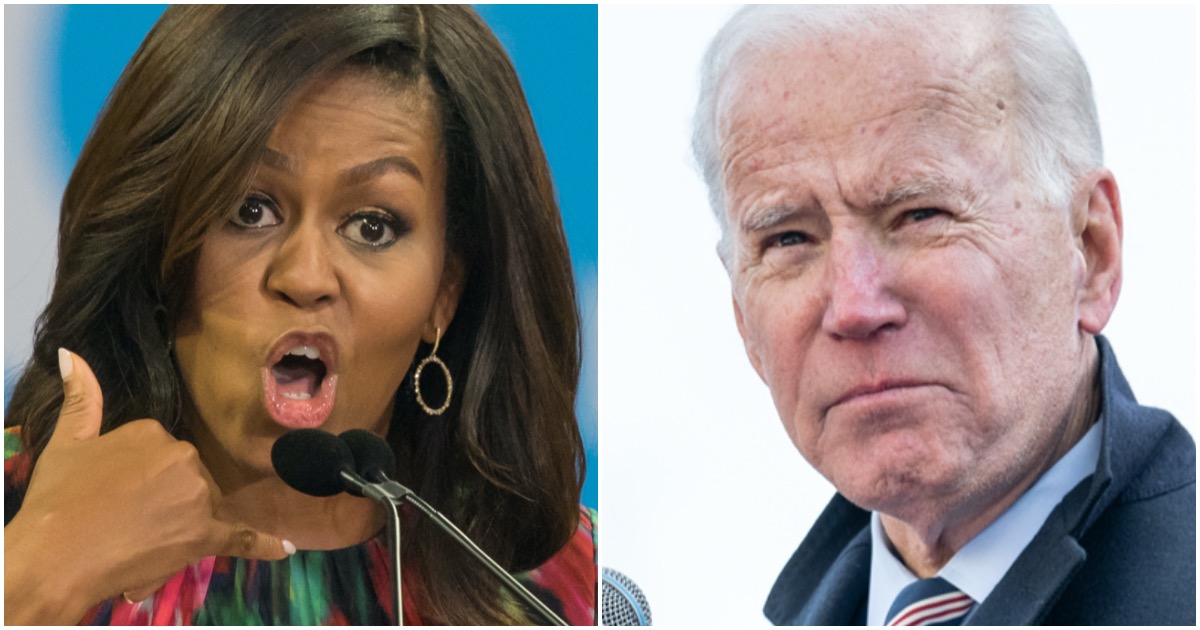 The following article, Flashback: Biden Says He Would ‘Sure Like’ Michelle Obama to Be His Vice President, was first published on Flag And Cross.

If he was serious, it’s frightening. If he was joking, it’s still pretty scary. Imagine a Biden/Obama 2020 ticket, where Michelle Obama would be the vice president of the United States if Joe won the Democrat nomination and defeated President Trump in the general election. That should send a chill up your spine.

Former Vice President Joe Biden said Tuesday that he “sure would like” former first lady Michelle Obama to be his vice president.

Biden spoke Tuesday at a campaign stop in Muscatine, Iowa, where he commented on possible future jobs for the Obamas if he became president of the U.S. A voter asked Biden if he would consider appointing “Obama” to the Supreme Court, according to The Hill.

Man: "Would you consider appointing Obama for the Supreme Court?"

Joe Biden: "Yeah, I would, but I don’t think he’d do it. He'd be a great Supreme Court Justice."

Man: "Second question is – which Obama?"

Joe Biden: "I sure would like Michelle to be the Vice President." pic.twitter.com/4OYIsEcNQn

Obama is known for not being proud of her country.

Wonders that did for the nation, huh, Michelle?

Was America better off after eight years of your husband’s scandals and malfeasance? Yeah, good luck defending that simple question.

On Friday, the wife of the former community organizer was in Malaysia. Why? Who cares? But while there, she managed to bash the U.S. of A.

WATCH: Michelle Obama speaks about racism at an Obama Foundation event in Kuala Lumpur, Malaysia: “We’re still not where we need to be in the United States of America when it comes to race.”

Continue reading: Flashback: Biden Says He Would ‘Sure Like’ Michelle Obama to Be His Vice President ...