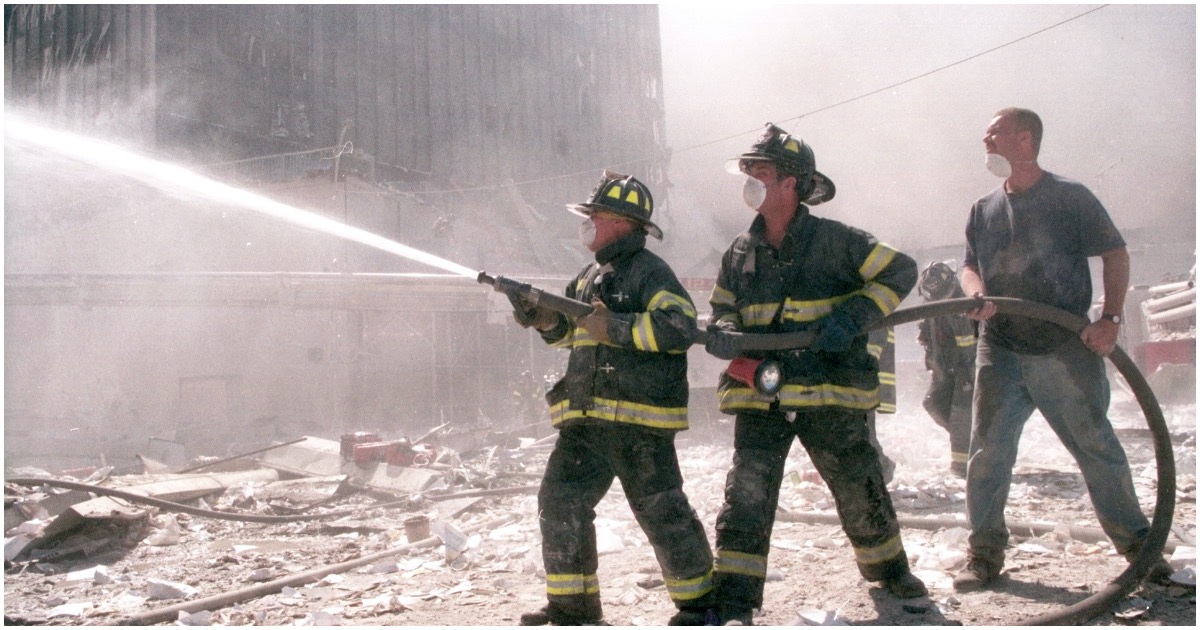 The following article, Diversity Official Denies 9/11 Firefighter From Being Flag Bearer for Memorial Mass Because He’s White, was first published on Flag And Cross.

Being excluded because of the color of your skin is called racism. Well, unless you’re white. In that case, you can be excluded from almost anything at a moment’s notice and many people won’t bat an eye.

If Joe Biden wins in November, it’s only going to get worse.

After the 9/11 attacks in 2001 that destroyed the World Trade Center, three firefighters, Daniel McWilliams, George Johnson and William “Billy” Eisengrein, were photographed in an iconic picture of them raising the American flag at Ground Zero.

In 2017, when McWilliams joined a memorial mass to honor deceased members of the Vulcan Society, a fraternal group of black FDNY firefighters, he was barred from holding a flag in the color guard. When he asked to be part of the color guard, the president of the society, Regina Wilson, then Vulcan Society president, asked McWilliams to “help in a different capacity” because he was not black.

That precipitated a racial bias complaint from McWilliams to New York’s Division of Human Rights.

According to the lawsuit, McWilliams was initially selected by the FDNY Ceremonial Unit to serve as a flag bearer in the color guard for the Memorial Mass, but Wilson removed him as she had specifically requested an all-black color guard.

The left’s best chance to take down Trump can’t even seem to remember that the terror attack took place in 2001.

Wondering when America gets ‘affirmative action’ for white males to end their being deprived of rights, hiring, and promotions….