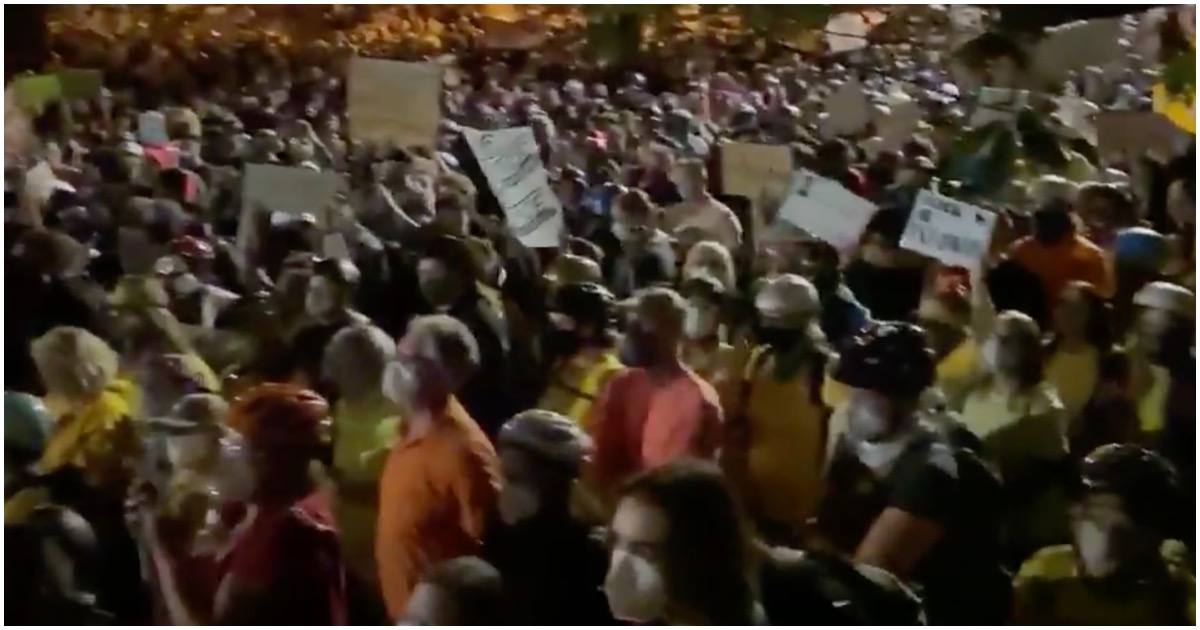 Thanks to far-left “leadership,” the city of Portland is quite literally on fire. Antifa domestic terrorists have taken over and they remain intent on destroying their state and the nation.

Things are getting so out of control that President Trump was forced to step in and send in help.

This is what American Fascism looks like. [Portland photo by @SmileItsNathan] pic.twitter.com/UEgLmB5WCs

It would be helpful if we could start to identify these storm troopers. This monster has a mother. Maybe a wife and family. They should be publicly named – and of course held accountable when this reign of terror is over.

It is imperative that every single DHS troop terrorizing America be publicly identified and held to account for their fascism.

There is a huge moral risk if any single one of them get away with their crimes.

ID every single one. Publicly. Who are these pigs?#PortlandProtests https://t.co/gMPxev0J0g

We still live in a country with laws. Even if Trump and his fascists thugs don’t like that. You can’t sweep people up in unmarked vans and whisk they away. There will be investigations and accountability. And like with Hitler’s gestapo, the ‘I was ordered to’ is NOT an excuse!

Check out some of these videos from Portland…

Just had two flash bangs explode literally on top of me. It’s a battle…I’ve never seen so many protesters refuse to back down.

Rioters are using a circle saw to cut apart the fence protecting the federal courthouse. Video by @livesmattershow pic.twitter.com/okZ56jpH5B #PortlandRiots