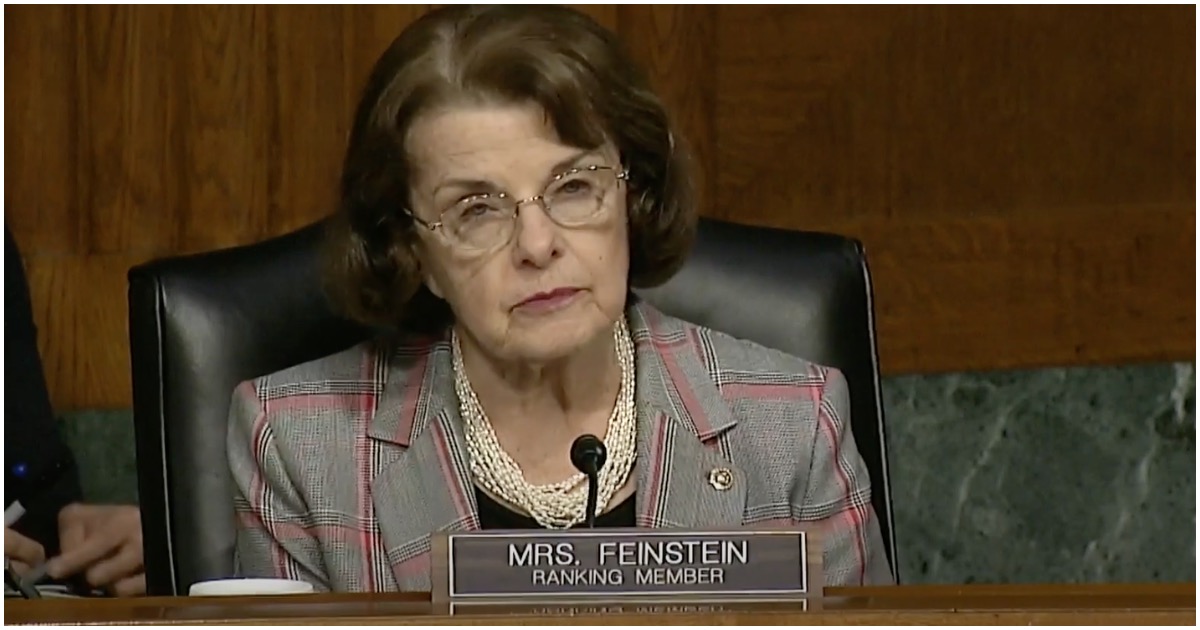 The following article, ICYMI: Feinstein Aims to Withhold COVID Checks From People In States Without Mask Mandate, was first published on Flag And Cross.

Nearly 30 states plus Washington DC have ordered a mask mandate. Dianne Feinstein’s California is one of them.

When the next coronavirus stimulus bill is passed, the radically far-left Senator wants to withhold checks from Americans who live in states without a mandate.

Sen. Dianne Feinstein (D-Calif.) called on the Senate on Thursday to support an amendment to the next coronavirus relief bill that would bar states that do not implement mask mandates from receiving stimulus funding.

In a statement from the senator’s office, Feinstein announced her intention to introduce the amendment and stated that it was time for Congress to step in and force states to implement such mandates to stop the virus from spreading.

Feinstein said, “Wearing masks in public should be mandatory. Period. [Senate Majority] Leader [Mitch] McConnell [R-Ky.] said the Senate will take up the next coronavirus economic relief bill later this month. At that time, I intend to offer an amendment to prohibit sending funds to states that haven’t adopted a statewide mask requirement.”

Check out Feinstein’s (CA) take on Biden accuser Tara Reade, from just a few months back, via Daily Caller:

Check out this Feinstein flashback…

During every step of this process, I’ve found every single piece of information from Dr. Christine Blasey Ford eminently credible, sincere and believable. She knew this would have a huge effect on her life and she was incredibly brave to come forward.