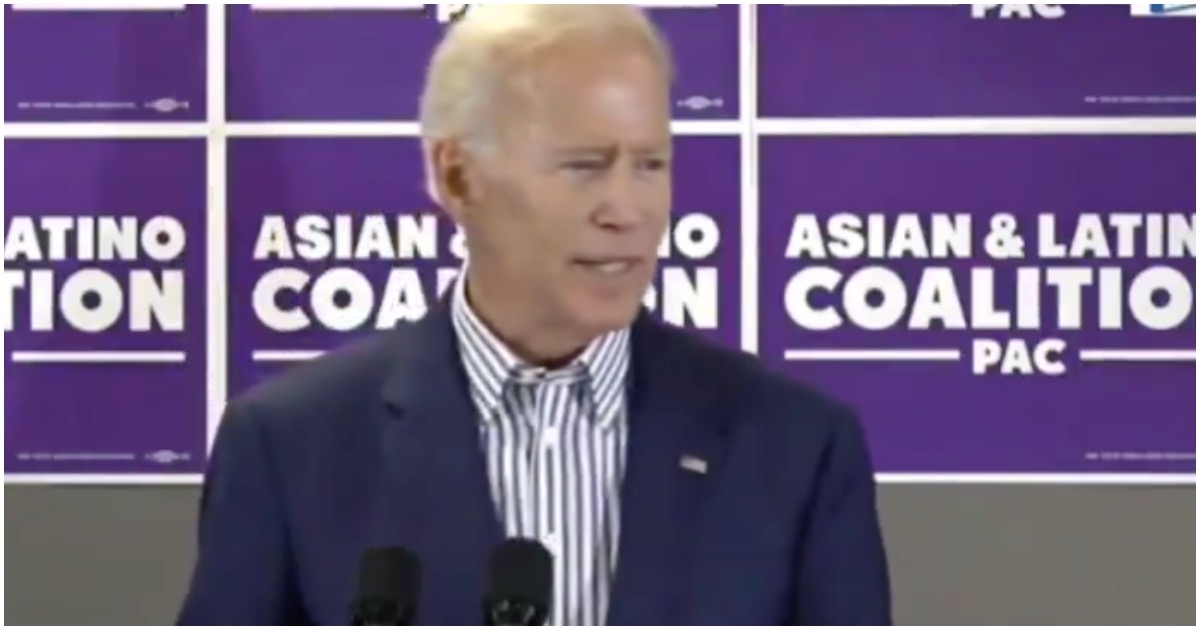 Joe Biden thinks all poor kids are minorities. BUT…they’re still as bright as white kids! My goodness, Joe. If this guy was a Republican he’d be forced to go into hiding for the rest of his life – and you know it’s true.

Thankfully for the former VP, he’s got the MSM on his side. Unfortunately for America, they aren’t planning to leave in the near future.

The man is a bumbling. mess.

“Poor kids are just as bright and just as talented as white kids.”

Yikes…have fun mitigating that one.

If you beat President Trump in the 2020 presidential election, you’ve defeated him.

NO JOKE: Joe Biden Says the Booming Economy Is ‘Collapsing’ Under Trump’s Leadership