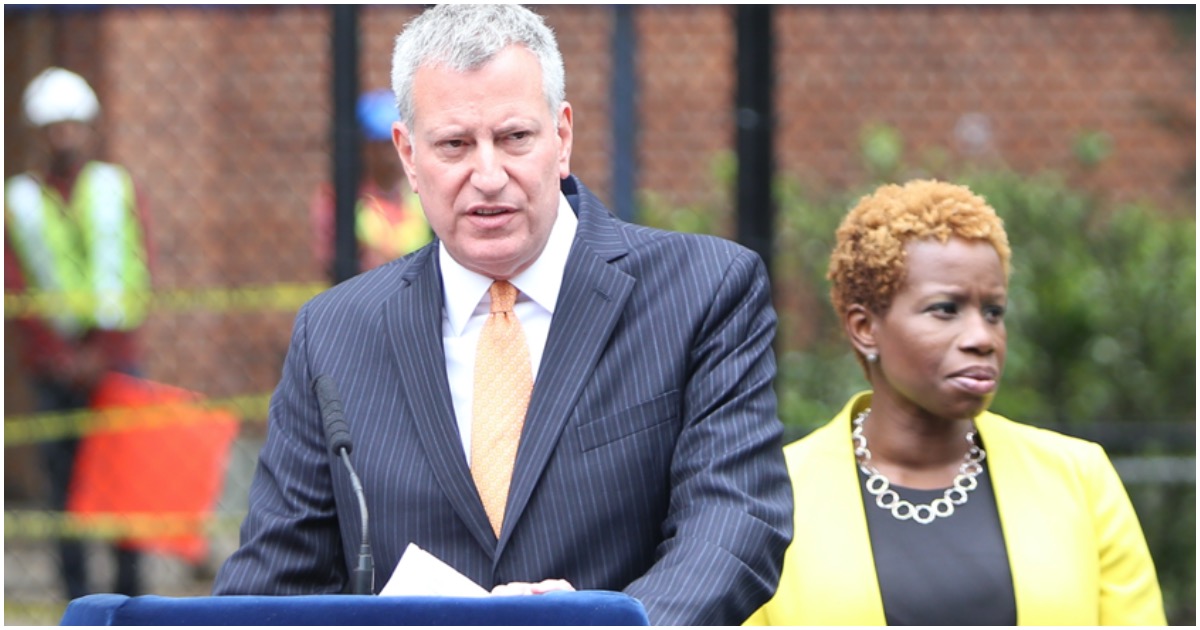 For whatever reason, “Black Lives Matter” has become widely accepted by the masses despite largely negative and racist rhetoric. The three worlds are everywhere on the baseball diamond, and they are even painted on the courts in Orlando for the NBA bubble situation – where the top 22 teams will finish out the remainder of the season.

Mayor Bill de Blasio said Thursday that the Black Lives Matter movement “transcends any notion of politics,” as he defended allowing the words to be painted on streets across the city while not approving similar mural requests from groups like the pro-cop Blue Lives Matter.

“This is about something much bigger than any one group,” de Blasio said during his daily City Hall press briefing in response to a reporter’s question about whether he would green-light mural requests from groups like Blue Lives Matter and Women for America First.

“This is about righting a wrong and moving forward. So I think that’s the right approach,” Hizzoner said as he explained why he had “Black Lives Matter” painted in massive yellow letters on city streets, taking part in several of the painting processes.

Last month, de Blasio announced that the city would paint the BLM murals in each borough amid the massive protests in the Big Apple, and around the country, in response to the May 25 police killing of George Floyd in Minneapolis.

I can't imagine de Blasio saying this about any other community. It's pretty amazing. And for the record, MANY of the leaders of the Jewish community have taken strong stands on social distancing. https://t.co/aqlL7Yr8Xs

Hey @NYCMayor, there are 1mil+ Jewish people in #NYC. The few who don’t social distance should be called out — but generalizing against the whole population is outrageous especially when so many are scapegoating Jews. This erodes the very unity our city needs now more than ever. https://t.co/jcYO9QQred

I mean, I didn’t think the “threatening to arrest the Jews” phase of this crisis would happen so fast, but I guess I should’ve factored in the de Blasio factor.

Has any local leader failed as his/her community as drastically as @NYCMayor? https://t.co/mvlG1DrGjz

This is unacceptable and reminds me of some very dark times in world history. Disgusting. @NYCMayor clear bias and targeting of the Jewish people of New York is reprehensible. #DeBlasioMustGO #VA10 #WeMatter

This guy is a complete idiot!