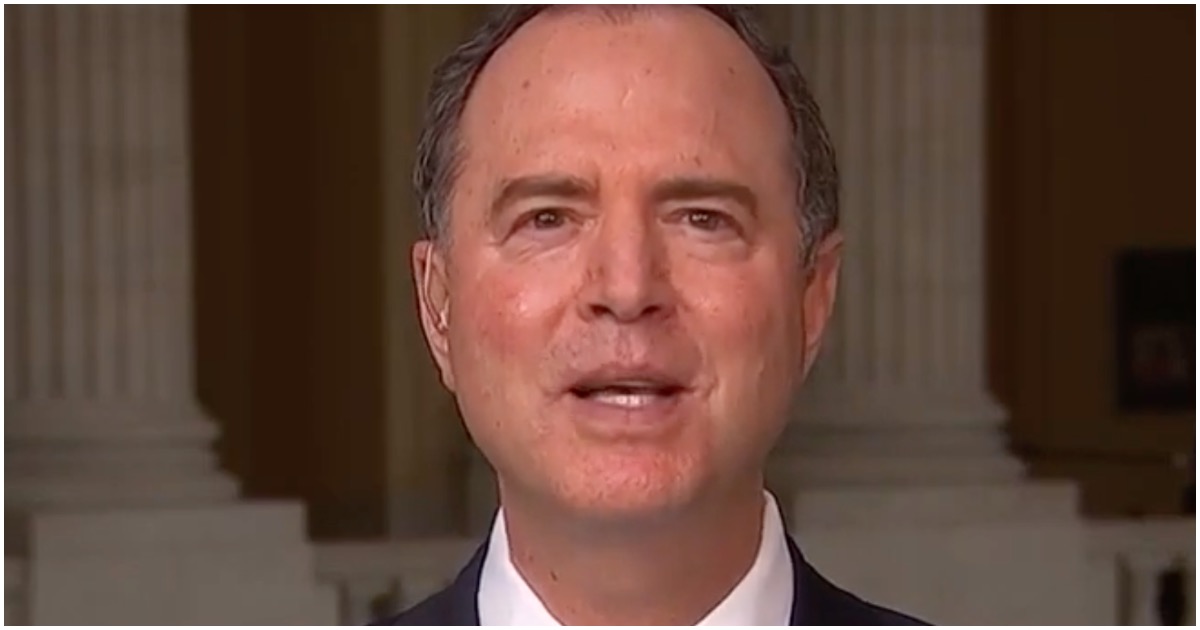 The following article, Adam Schiff: Trump Is Escalating By Trying to Stop the Chinese From Spying On U.S. [Watch], was first published on Flag And Cross.

Democrat Congressman Adam Schiff (CA) still has to be ticked off that his Russia collusion hoax didn’t pay off and get President Trump booted from office.

To this day, the anti-American member of the lower chamber continues to do what he can to bring POTUS down – no matter how goofy it makes him look.

Tensions between the U.S. and China have reached heightened levels after Secretary of State Mike Pompeo said the U.S. will regard China with a new strategy of “distrust and verify” and China accused the U.S. of backward thinking.

The Trump administration’s decision to close the consulate came after reports surfaced of files being burned in the consulate courtyard earlier this week. Houston police and fire-fighters responded to reports of smoke rising from the courtyard and visible trash cans on fire, but were not allowed to enter the premises due to jurisdictional rights.

The State Department responded by granting the consulate three days to cease operations and vacate the premises.

Honored to have had the opportunity to visit @NixonLibrary in California and give remarks to reiterate the importance of the U.S. and the world addressing the threats posed by the Chinese Communist Party. Thanks to the team for your gracious hospitality. https://t.co/EP7OmWExDm. pic.twitter.com/PtaoC9Awoj

Continue reading: Adam Schiff: Trump Is Escalating By Trying to Stop the Chinese From Spying On U.S. [Watch] ...

Just when you think Schiff can’t think of or say anything dumber than his previous sentence he never fails to amaze us . He’s got to be the stupidest ass that’s ever been elected to any position in politics .

schiff is merely the poster boy for the democrat party. And doesn’t say much for the intelligence quota of those ‘voters’ that elect the clown.