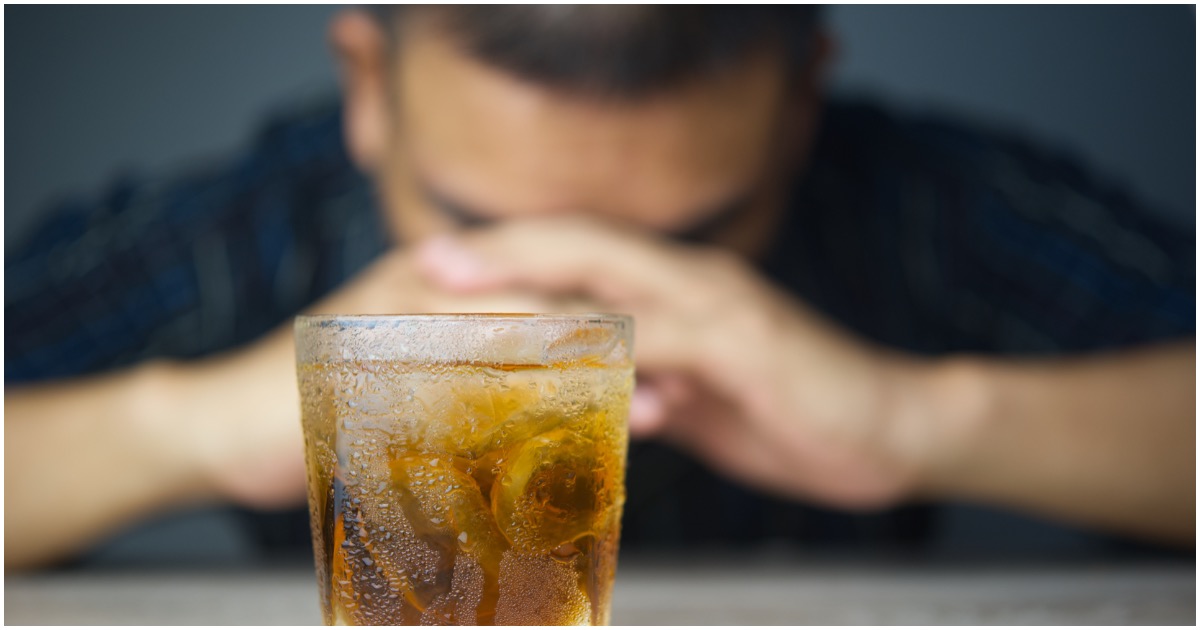 The following article, Does Physical Withdrawal Prove That Addiction Is A Disease?, was first published on Flag And Cross.

“How can you say addiction isn’t a disease? You ever see someone come off of heroin?”

“Heavy drinkers are dependent on booze – obviously that’s a disease!”

“What about drunks who get cirrhosis of the liver – that’s a disease too!”

We get questions like this all the time. Unfortunately, these statements take the already controversial theory – the disease of addiction/alcoholism – and make it even more difficult to understand or debunk. Physical withdrawal and cirrhosis are important to understand because each plays a role in the overall tapestry of the habit of heavy drinking and/or drugging. But while they play a role, the existence of them is not proof of a disease of addiction or “alcoholism”.

There are two things happening in the statements made above that deserve initial clarity. First, they assume at the onset that addiction and/or heavy drinking is a disease (it’s not). Secondly, they are using the existence of other physical diseases that are the result of heavy substance use, such as cirrhosis or pancreatitis, as proof of the disease of addiction, as well as physical withdrawal symptoms as further proof of the disease. But here is the problem, and it’s a big one; when these assertions are made they ignore the fact that the supposed disease of addiction has its origins in the mind, not in the body. When we all think about the disease of addiction, we think things like the following:

“Joe just couldn’t say no to the vodka.”

“Tammy lost her kids because she loved crack more than her children.”

These are descriptions of habits of the heart and mind, not habits driven by body chemistry. Even when referring to the most extreme brain disease theory centered around biochemical “causes of addiction”, the argument is still tied to, “the person just cannot say no to using/drinking.” So you see, no matter how you slice it, whether you have pancreatitis, cirrhosis, a brain disease, or massive DT’s from withdrawal, you still have to decide to put a bottle to your lips or a needle in your arm. In the disease theory, the purported inability to choose to say no is what is meant by the “disease of addiction” or “alcoholism”. This supposed inability is based on the theory that substance users are afflicted with a mental craving for substances that they cannot control. This theory is dreadfully wrong and has been debunked over and over again over the last 70 years, yet our society has doubled down on it and its support of it – the facts be damned!

For the purposes of this article I’m not going to make the argument that drug addiction is not a disease and neither is heavy drinking, as that is covered in many of my previous articles and books. If you want to know more about the debunked disease theory of addiction, read The Freedom Model for Addictions, Escape the Treatment and Recovery Trap. All of the evidence debunking this theory is there for you in one place. In short, the disease of addiction or alcoholism as defined as a lack of control, a mental disorder, a mental defect, or a compulsion, is false.

Withdrawal – Proof of a Disease?

This brings us to the question, does alcohol or drug withdrawal compel (mentally and emotionally) a person to drink or drug beyond their will? Does a physical condition that requires hospitalization or a clinic-driven physical detoxification process cause someone or compel them to continue to use substances? The simple answer is no, it does not, or none of these people would ever stop, but they do. Over 90% of people eventually overcome their alcohol problems, and more than 95% overcome their drug problems.

Can relief of withdrawal pain be a potent personal motivation for continuing heavy use? Of course. But can it compel people to use? No. Most opioid users have gone through withdrawal cold turkey. Most people with alcohol problems have done it cold turkey too, though some need medical help to deal with potentially fatal symptoms. If it were genuinely compelling, those folks would walk right back out of the detox clinic and get a drink. But they choose to stay. There is no mysterious force within a toxified human body that forces a person to drink or drug. However, making the decision to stave off the pain of withdrawal with further use is a choice that isn’t all that unusual or in any way a disorder-driven event. We “kick the can” down the road to avoid pain and suffering all the time in the human condition for a variety of personal reasons. Whether or not avoiding withdrawal with continued use is a good choice or not doesn’t mean it isn’t chosen.

Other Diseases – Proof of an Addiction Disorder or Disease?

Let’s look at cirrhosis. Does the presence of this life threatening liver disease mean the decision to drink is compelled or forced upon people that have it by a mysterious mental force over which they have no control? That is what the following assertion states:

“What about drunks who get cirrhosis of the liver – it’s a disease!”

So is the presence of liver disease proof that the disease of alcoholism exists? At a glance, you might think so. First off, we can all agree with a part of the statement; cirrhosis is a disease, that’s a fact. But that isn’t what is being inferred in that statement. What they are trying to argue is that the result of drinking (the physical disease of cirrhosis) is the cause (the mental disease of alcoholism) of the individual’s drinking habit. Frankly this idea is nonsensical. It’s an illogical reverse argument, a sort of “guilt by association” attempt to prove that drinking itself is an involuntary behavior.

When using cirrhosis (or any other alcohol related physical illness) as an example to prop up the addiction disease ideal, you are conflating the physical ramifications of choosing to drink heavily as proof that the person had no choice in drinking on the front end. At best, this is a strange argument. It’s akin to a boxer who just lost to a knock-out saying in his post-fight press conference, “I got knocked out! Obviously I was forced beyond my will to take the fight and get in the ring!”

The confusion behind self-destructive habits such as heavy drug and alcogol use is deep enough without adding to the mix parallel disease and withdrawal arguments. People use heavily for personal reasons, and when they do so, other costs come down the road. Some heavy drinkers may get cirrhosis or pancreatitis while others may get life threatening withdrawal symptoms when they stop drinking. Yet, simply stated, these are the results of heavy use, not the causes of them. The causes are in the mind of the individual. It’s in our likes and desires, not in our biochemistry. And while the costs of these habits might be high, that fact doesn’t mean the use is compelled – it just means the person felt the trade-offs were worth it. There is a way to get beyond this, and it’s not by pretending that substance use is an involuntary behavior. It’s by facing your options, reassessing them, and making a heartfelt decision to change.

Continue reading: Does Physical Withdrawal Prove That Addiction Is A Disease? ...