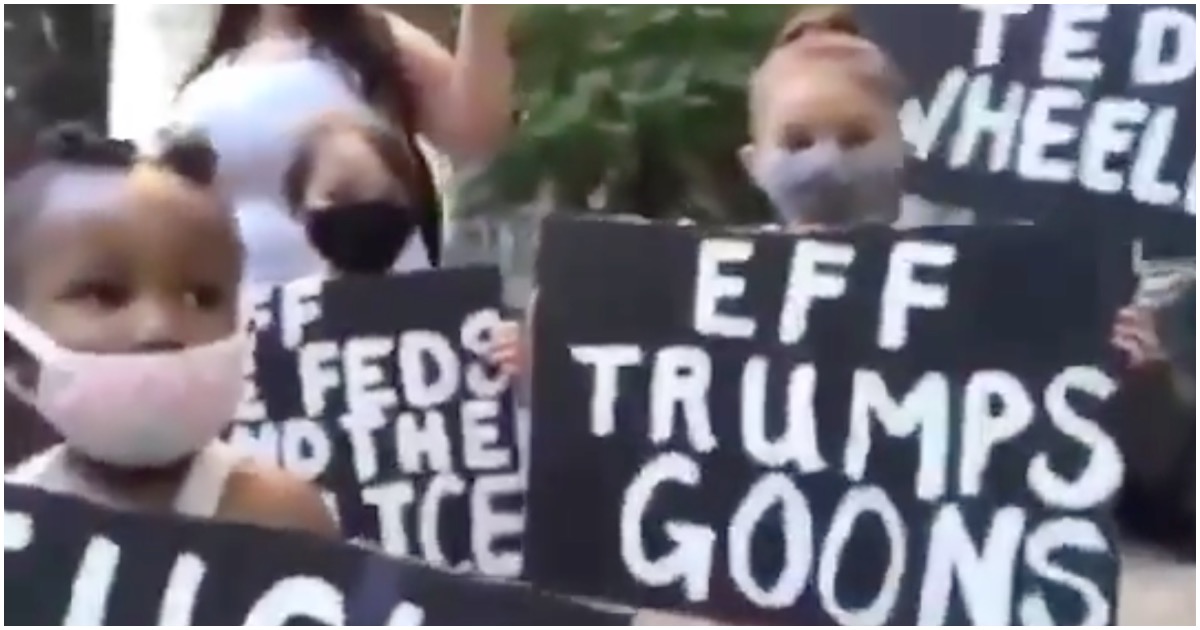 What liberals know how to do best is indoctrinate children from a very young age. Get ’em while they’re young, right? That should be the knew Democrat motto.

The signs these parents gave their kids to hold proves there is no low the left won’t stoop.

Toddlers and very young children are marched outside the Portland federal courthouse. They carry signs and say, “F— the police” on cue from the adults. One toddler does the black power fist. #BlackLivesMatter pic.twitter.com/Xr4ubMrKZs

Portland protesters barricaded federal officers inside a courthouse — and tried to set the building on fire — as the two groups clashed again Tuesday night into Wednesday.

As hundreds chanted “Black lives matter” and “Feds go home,” a team of protesters propped several wooden beams and sandbags against a door to the Mark O. Hatfield Courthouse, according to tweets from Clypian, an online news outlet run by South Salem High School students.

The question should be is ‘who did the parent find to print out that sign; as it’s obvious that parent is uneducated, stupid, and should be investigated for child abuse.

It’s good that they are training their pets early.