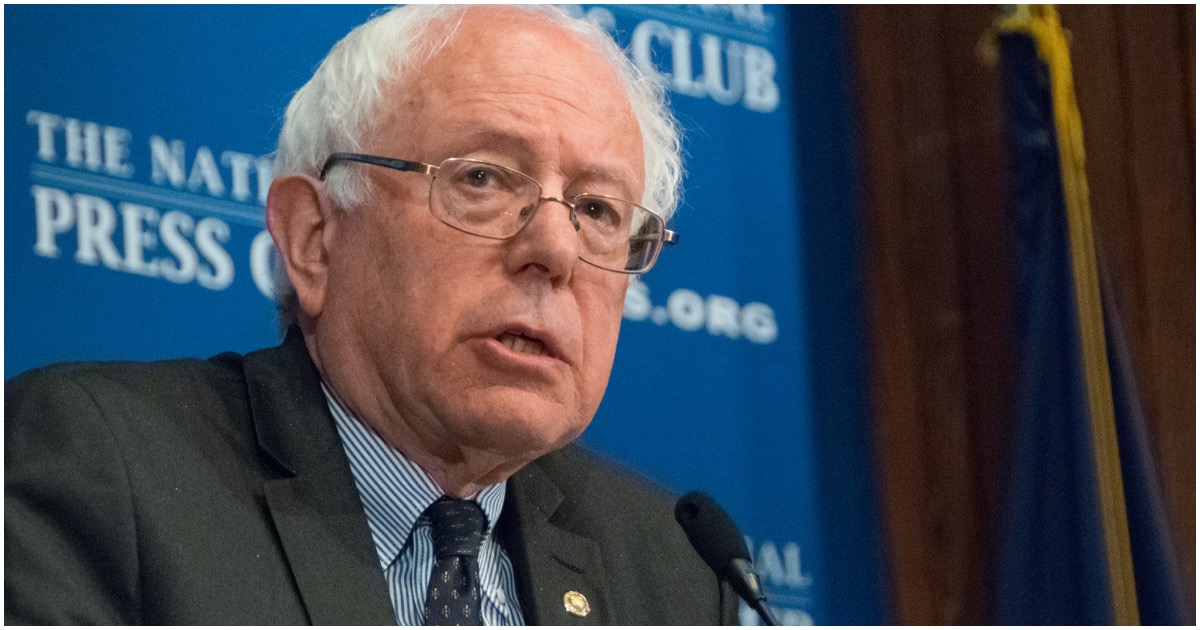 The following article, Report: Bernie Has Support of Half of Senate Dems to Cut Pentagon Funding, Redistribute the Money, was first published on Flag And Cross.

Bernie Sanders, what a nice guy. He’s willing to roundup the troops and cut funding from the Pentagon because he believes it’s the right thing to do.

Sen. Bernie Sanders (I-VT) on Wednesday touted securing the support of half of the Senate Democrats for his amendment to defund the Pentagon by 10 percent and invest in “distressed communities” instead.

Sanders’ amendment to cut 10 percent of the Pentagon’s budget to invest in “human needs” gained support from 23 members of the Senate Democrat Caucus — half of the 45 Democrats in the Senate.

The support was not enough to get the amendment passed and part of the 2021 National Defense Authorization Act, but was a show of support from Democrats for defunding the military.

Today the Senate will be voting on my amendment that says clearly: Cut the Pentagon budget by 10%. Invest in jobs, education, housing and healthcare here at home. #PeopleOverPentagon https://t.co/gVMIp7BNF4

Today, the Senate will vote on a Democrat amendment to slash defense spending that was advertised in an op-ed titled “Defund the Pentagon.”

Republicans are going to stand firm and defeat this unhinged policy. pic.twitter.com/h4KQfcVoyQ

Briahna Joy Gray was national press secretary for Bernie during his 2020 run for president.

Makes sense though, doesn’t it? Bernie himself knows extremely little about numbers and economics, so it’s highly plausible he’d keep people near him who are equally hopeless.

At the end of the day though, Gray simply made an error. We’re not talking about life or death here. The thing is, it was a ridiculous error that was easily preventable. Just have to pay attention to detail.

Imagine all the uninformed Bernie supporters out there who would’ve believed Gray’s tweet hook, line, and sinker had others not stepped in and corrected her mistake. That’s how “fake news” thrives. 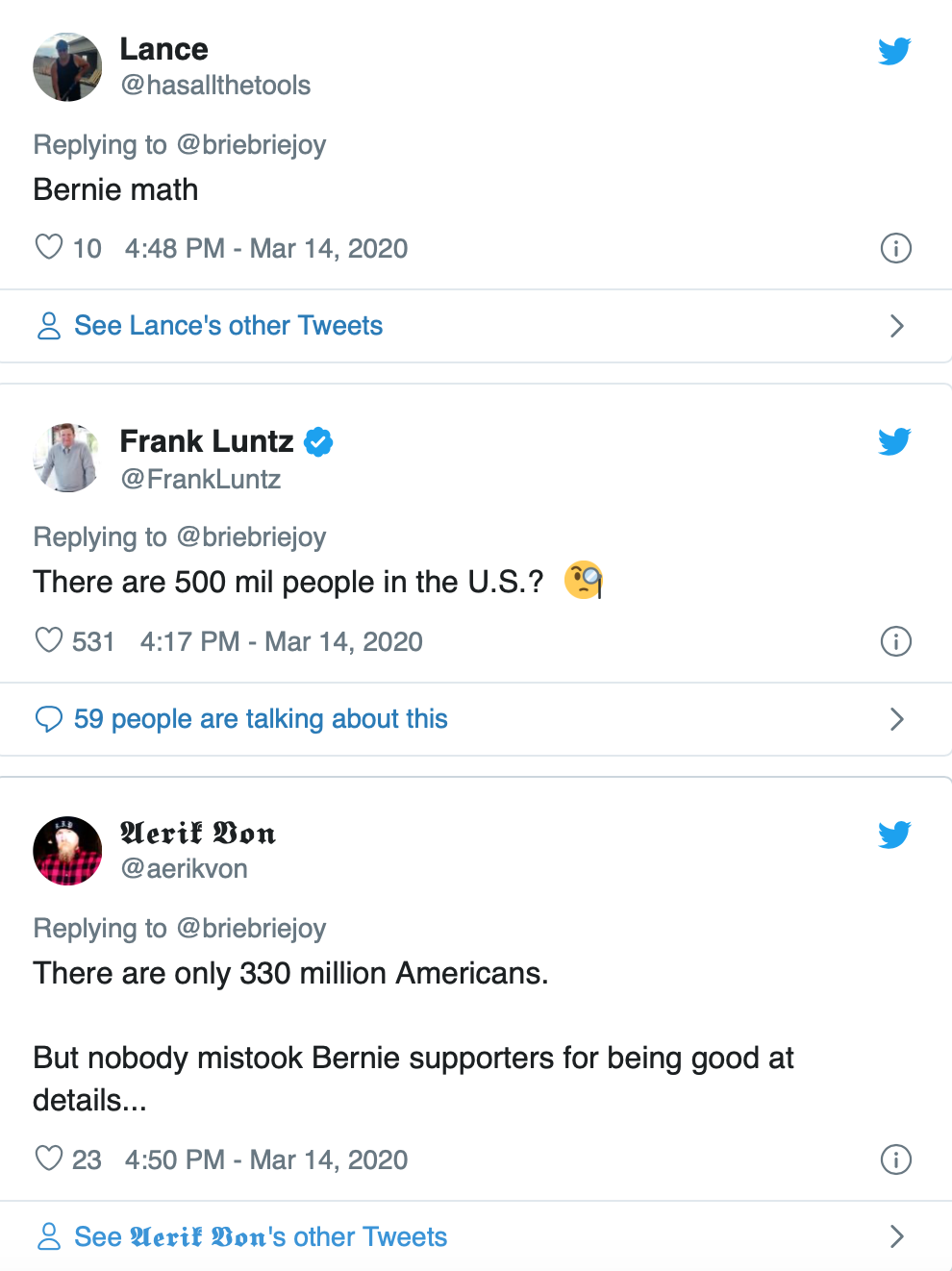 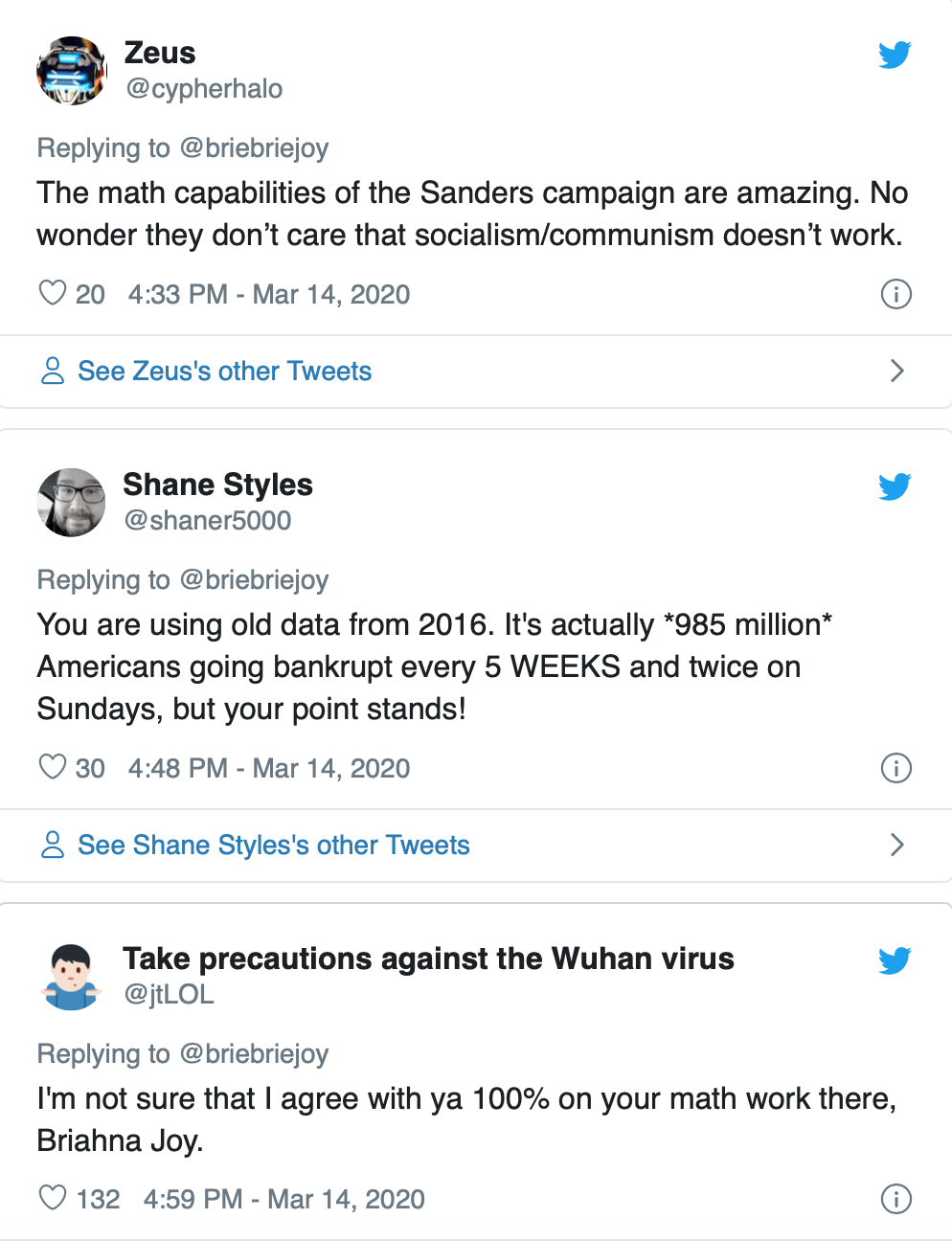 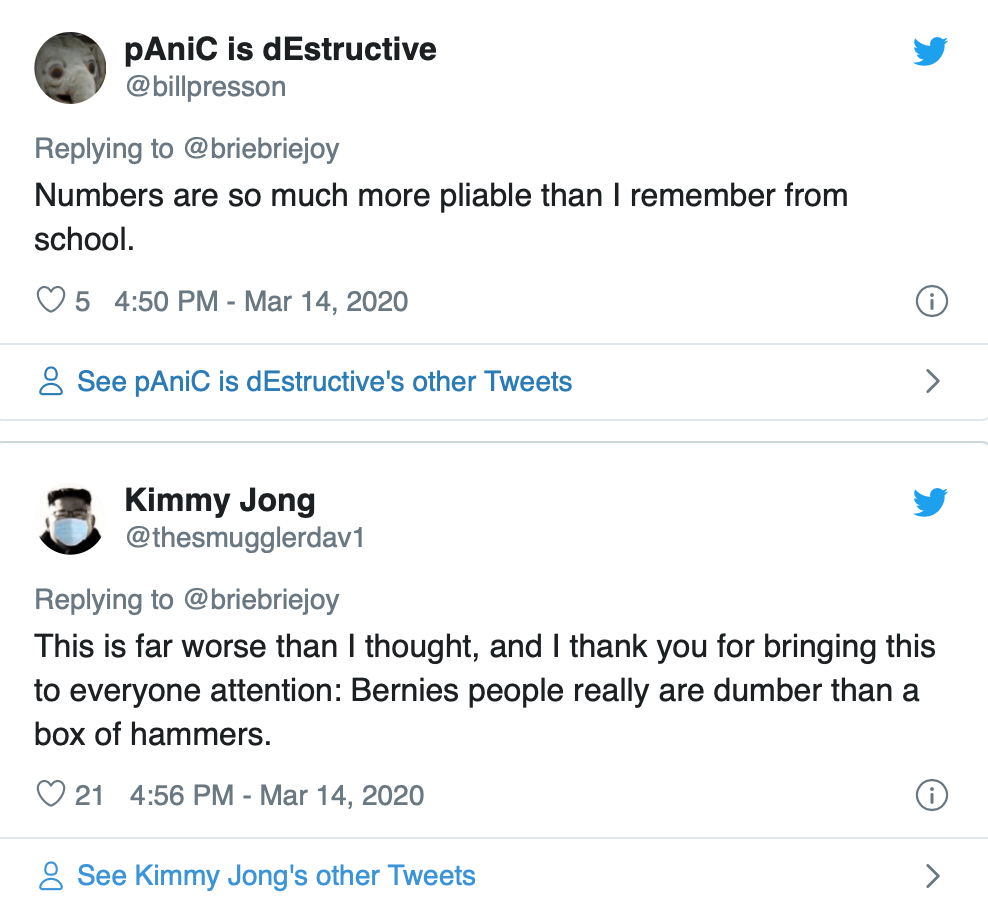 Continue reading: Report: Bernie Has Support of Half of Senate Dems to Cut Pentagon Funding, Redistribute the Money ...

‘Cut America’s military and divert the money to buying votes for democrats’. Have to bet that America’s enemies, china, russia, iran, n korea, etc all are in favor of that move.