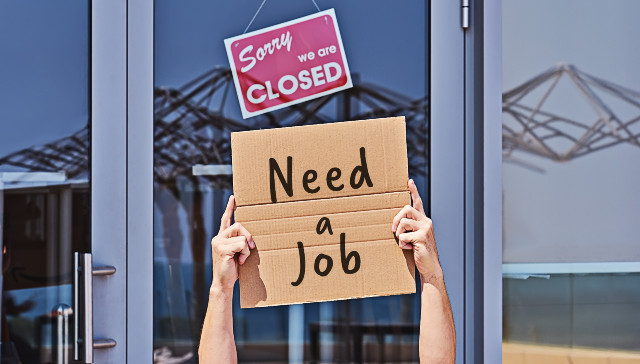 The following article, Bad News On The Job Front As Jobless Claims Rise To 1.4M After Weeks In Decline, was first published on Flag And Cross.

One of the worst consequences of the lockdown orders we all had to endure during the beginning of the coronavirus pandemic here in the United States was the loss of millions of jobs and the fact so many people were put out of work.

Over the course of the last few months and weeks we’ve seen those jobless numbers decline drastically, which was evidence that the country was bouncing back, despite increasing cases of COVID-19.

Unfortunately, it seems that’s not continuing like it was. In fact, jobless numbers have risen to 1.4 million according to new reports from the Labor Department.

Thursday’s report marked the first weekly increase in jobless claims since the end of March, when new applications peaked at 6.9 million, a troubling sign of danger for the economic recovery.

The uptick in jobless claims comes as some states have reversed reopening plans for their economies. Coronavirus hot spots had the highest number of claims. For the week ending July 11, claims were over 65,000 in Florida, more than 33,000 in Georgia, and roughly 20,000 in California.

On top of these are the nearly 1 million new claims for the $600 Pandemic Unemployment Assistance for the week ending July 18, an increase of nearly 20,000 from the prior week.

This is precisely why we cannot allow another shutdown to take place, which could possibly happen as large numbers of new coronavirus cases pop up across the country, spooking out governors and local authorities.

We cannot sustain another massive hit like that to the economy. It would be devastating with a potential total collapse. Think things are in chaos now? Just imagine that scenario.

Continue reading: Bad News On The Job Front As Jobless Claims Rise To 1.4M After Weeks In Decline ...

Hey the dem’s agenda of keeping the country locked down until election day is working; and now if they can only get the voters to blame trump?