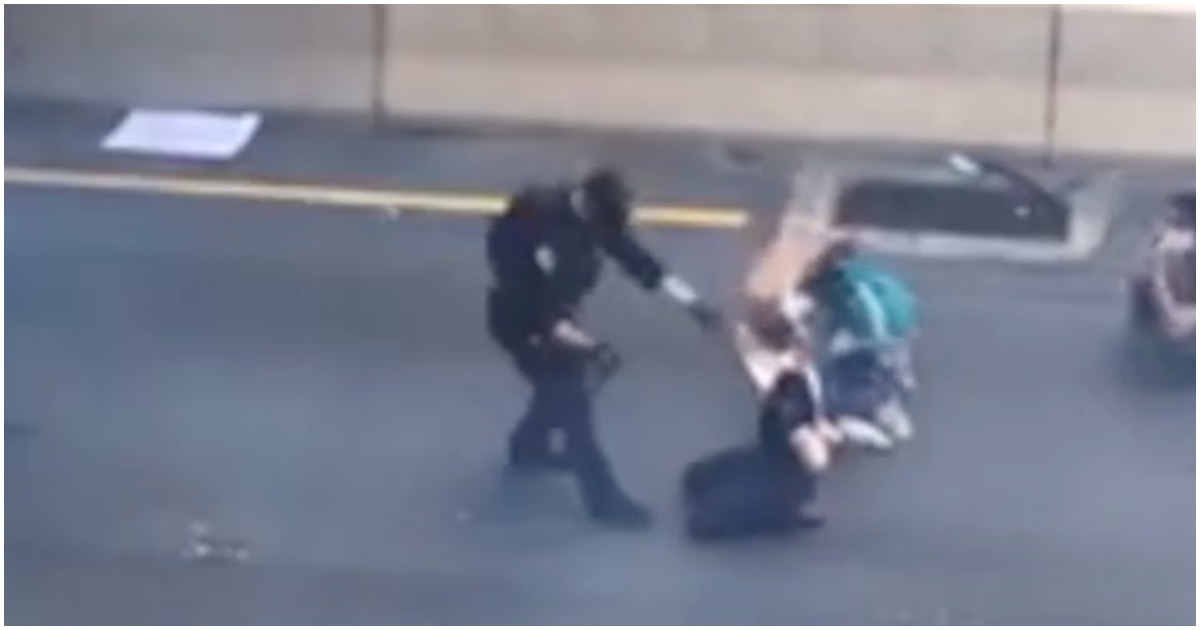 The following article, Police Officer Being Charged for Pepper Spraying Protesters Who Wouldn’t Budge From Freeway, was first published on Flag And Cross.

When an infant cries and cries to get their way, you don’t give in. You pick the kid up and tell him or her that whining won’t solve their problems.

This is what it’s like when police officers interact with toddler-like leftist protesters. The only difference is that the adult (the cop) is the one who gets punished for doing what was supposed to be done.

This is the America lefties want, huh?

From The Philadelphia Inquirer:

The Philadelphia SWAT officer captured on video last month pulling down protesters’ masks and pepper spraying them as they knelt on the Vine Street Expressway turned himself in Wednesday to face criminal charges, according to the District Attorney’s Office and his lawyer.

PLAY IN THE STREETS AND YOU GET PUNISHED!! THEY GOT EXACTLY WHAT THEY DESERVED AND IT IS FUNNY AS HELL!!! AND THE LITTLE BOY THAT GOT BLASTED IN THE FACE IS PLAYING WITH HIS HAIR IN THE INTERVIEW LIKE A LITTLE GIRL!!…LMFAO

These morons think they are able to legally block a highway and inconvenience the drivers that have the right of way don’t deserve to be forced from the road by any means needed . Act like a fool , get treated like a fool . I’d like to sit in front of the attorneys car that is representing him and inconvenience him and see how he likes it and if he’d want the police to get me off the road or would he use me as a speed bump .

Should have sent out the dem’s ‘social workers’ to handle this?