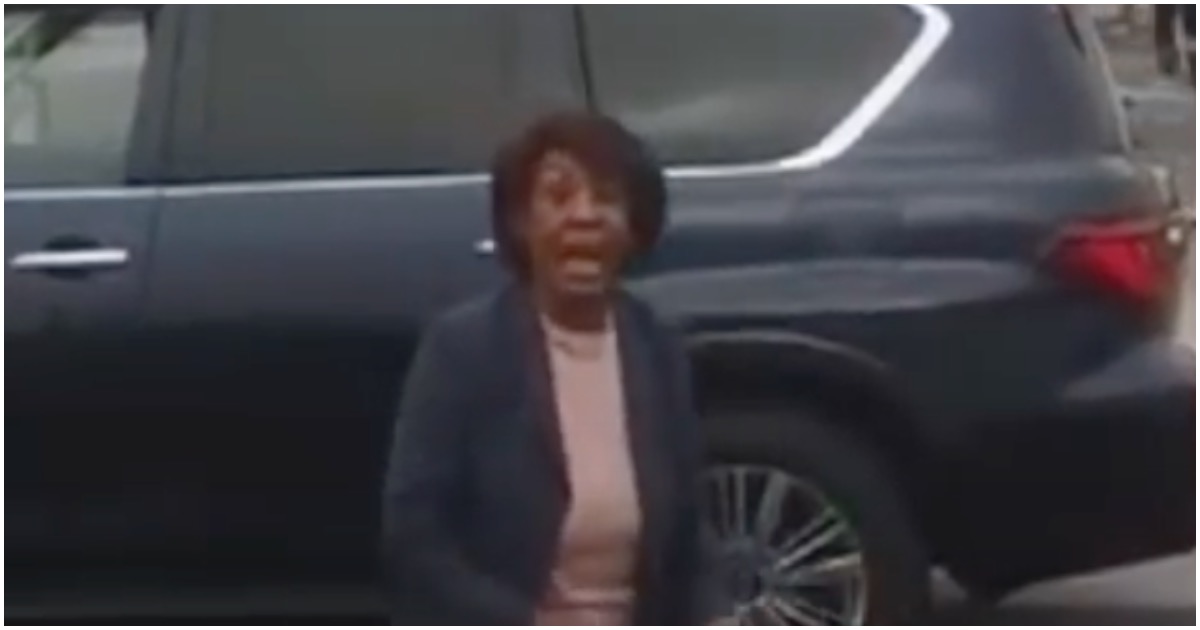 The following article, Maxine Waters Hops Out of SUV, Yells At Deputies for Daring to Question ‘A Brother’ (Video), was first published on Flag And Cross.

Basically, no black person is ever allowed to be arrested – let alone even be questioned – by a police officer. That’s what liberals like Maxine Waters (D-CA) want to see.

How dare Waters do something like this!? She should be embarrassed!

Does she even realized she profiled these cops as racists? Is that not blatantly evident to her??

California Congresswoman Maxine Waters appears on video posted on social media jumping out of her SUV to the aid of a black motorist who was pulled over by cops during a traffic stop in Los Angeles this weekend.

The black Democrat told the person filming her that the cops had ‘stopped a brother,’ and that she was going to check on the situation.

Waters claims that the deputies threatened her with a ticket for pulling over the way she did.

The Los Angeles Sheriff’s Office later told DailyMail.com that the motorist had been pulled over as part of a burglary investigation.

She keeps trying to create new ways to take down Trump but more often then not, just winds up looking like a goof.

I'd call him the best President since Ronald Reagan and so very happy to have a man of his caliber in control of our country.

What do you call someone living outside the district boundaries they represent?

Continue reading: Maxine Waters Hops Out of SUV, Yells At Deputies for Daring to Question ‘A Brother’ (Video) ...