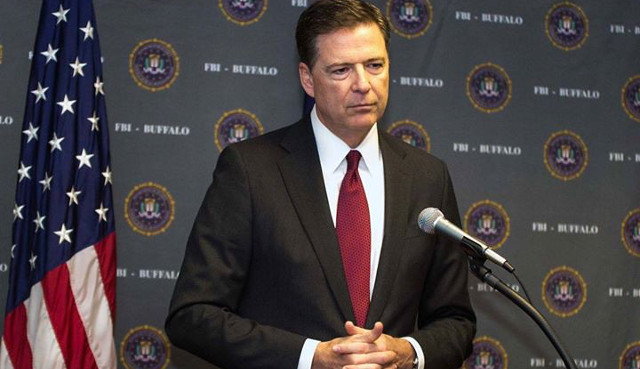 In an effort to continue appearing relevant and like anyone actually cares about his thoughts and opinions, disgraced former FBI head James Comey is penning a book, and yes, as you might imagine, it has a very anti-Trump slant.

The book, called Saving Justice: Truth, Transparency, and Trust is set to be released on January 12, 2021, just a week before Inauguration Day.

What, exactly, is the book about?

Here’s the description of the tome from Amazon:

“Comey shows just how essential it is to pursue the primacy of truth for federal law enforcement,” the description continues. “ Saving Justice is gracefully written and honestly told, a clarion call for a return to fairness and equity in the law.”

Comey has come under renewed scrutiny in recent weeks as the credibility of British ex-spy Christopher Steele’s anti-Trump dossier, which the FBI relied heavily on to justify surveilling Trump campaign associate Carter Page, has increasingly been criticized.

The FBI director’s new book will be a follow-up to his No. 1 New York Times bestselling memoir, A Higher Loyalty, published in April 2018, in which he discussed his career in government, including his controversial handling of both the FBI’s “Midyear Exam” investigation into former Secretary of State Hillary Clinton’s private email server and the bureau’s “Crossfire Hurricane” investigation into Russian election interference and allegations of Trump-Russia collusion, along with details of his brief stint as bureau chief under Trump before he was fired in May 2017.

You know, if you didn’t know any better, you’d swear this book and its release date seem to indicate that Comey and perhaps other leftists are assuming that Trump will be reelected. Otherwise, what’s the point of beating a dead horse? If Trump loses who is going to care about the book? Probably no one.

Seems like bad timing, unless of course, you think Trump will earn himself a second term. And then it all makes sense. It would be a great addition to the 2021 efforts by the Democratic Party to trash the president and attempt to find some sort of behavior they can use to once again push for impeachment.

It’s what Democrats do.