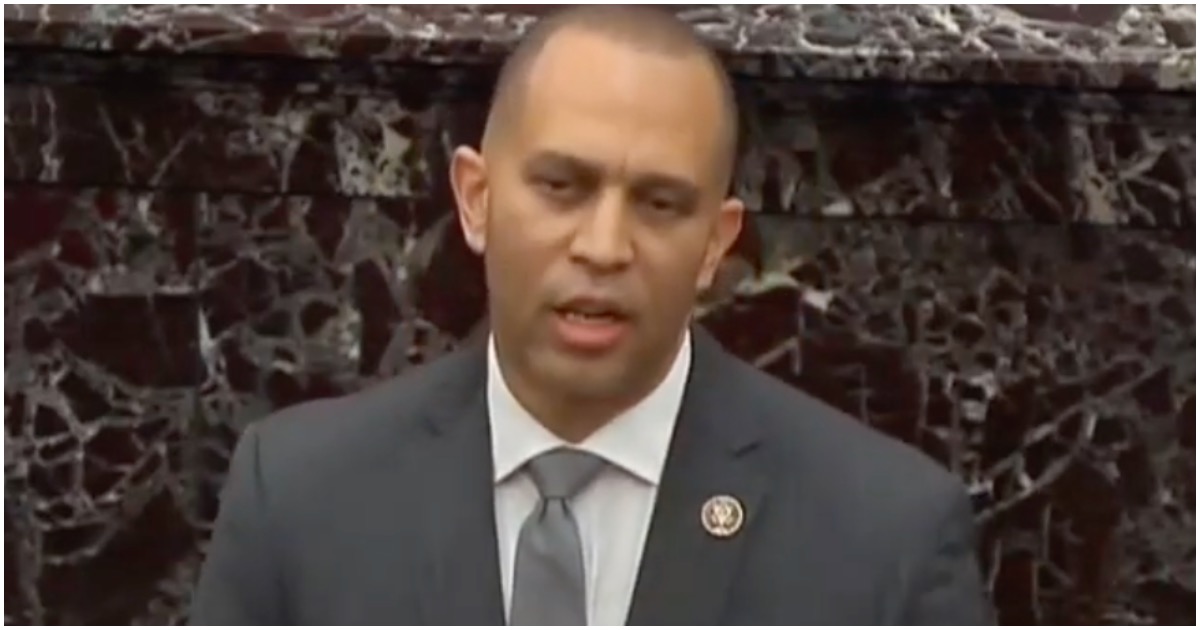 The following article, Flashback: House Dem Says Dealing With Trump Is Comparable to 9/11 Terrorists & WWII Germans, was first published on Flag And Cross.

Democrat Congressman Hakeem Jeffries (NY) was chosen to be a House impeachment manager by Speaker Nancy Pelosi. On Friday, Jeffries said something so blatantly ignorant about President Trump that he should be removed from his post. It’s really that simple.

Democrats in Congress and the mainstream media will most likely make a spectacle out of the Senate impeachment hearings.

There’s no reason to assume they’d slow their roll, at this point.

However, the GOP has a secret weapon. His name is Mitch McConnell, the Majority Leader from Kentucky. And Mitch ain’t about playin’ no games, y’all.

He is determined to end this charade once and for all. If things get out of hand, here’s how he’ll do it, via Daily Wire:

Senate Majority Leader Mitch McConnell (R-KY) has reportedly created a “kill switch” for President Donald Trump’s upcoming Senate impeachment trial that would allow for the president’s legal team to either seek an immediate verdict or a dismissal of the case if the trial descends into a circus spectacle.

However, some top Republicans in the Senate are not hot on the idea of dismissing the trial because they believe that they have a solid case and that a motion to dismiss the trial could look weak.

Many believe that by the Senate giving credence to a trial based on the no evidence, no crime, read the transcripts, “no pressure” Impeachment Hoax, rather than an outright dismissal, it gives the partisan Democrat Witch Hunt credibility that it otherwise does not have. I agree!