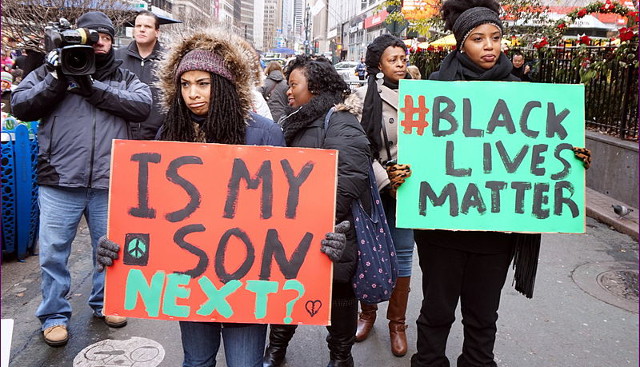 The following article, New Poll Reveals That Most Voters Think American Society Is Racist, was first published on Flag And Cross.

The narratives being pushed by radical leftists to separate and divide us along racial lines seems to be having the impact progressives have been hoping for, as a brand new poll concludes the vast majority of US voters believe that American society is racist.

Folks, if you don’t think brainwashing is effective, this should erase all doubt. For years and years, the media has been pushing a narrative that says just about everything under the sun is racist. When you hear a message over and over and over again, you start to buy into it with your whole heart. And that’s what’s happening to our nation right now.

Since the May 25 death of George Floyd in Minneapolis police custody, a Wall Street Journal/NBC News poll found 71% of respondents believe race relations are either very or fairly bad, 60% say they believe black people face discrimination, and over half said the same of Hispanics.

The national reckoning on race also appears to have influenced how people feel about athletes kneeling during the national anthem. A little more than half of voters said it an appropriate form of protest, compared to the 43% who agreed with them in 2018. As for Confederate statues, a slight majority of 51% believe they should be taken down.

This particular poll was conducted with 900 registered voters between July 9-12. The margin of error for the study was plus or minus 3.27 percentage points.

It’s terrifying to see how effective propaganda has been on the masses. News networks like CNN and MSNBC have been pushing the racist narrative so hard, along with movies and television and athletes on social media, that people are now buying into it hook, line, and sinker.

Critical thinking is something that no longer exists in America. Folks are too lazy to put in the work to verify what they are being spoon fed by the radical left. Instead, they glut themselves on the falsehoods of mainstream media outlets that have forsaken truth and opted to become propaganda machines.

Here’s to hoping some sort of awakening happens and people see through the lies before it’s too late.

Fake News–Fake Polls There is NO such thing as “Systemic Racism” in our Country!

Actually a non-story as the definition of “racist” has changed and is now defined as someone that disagrees with the dem/socialistic side in America.