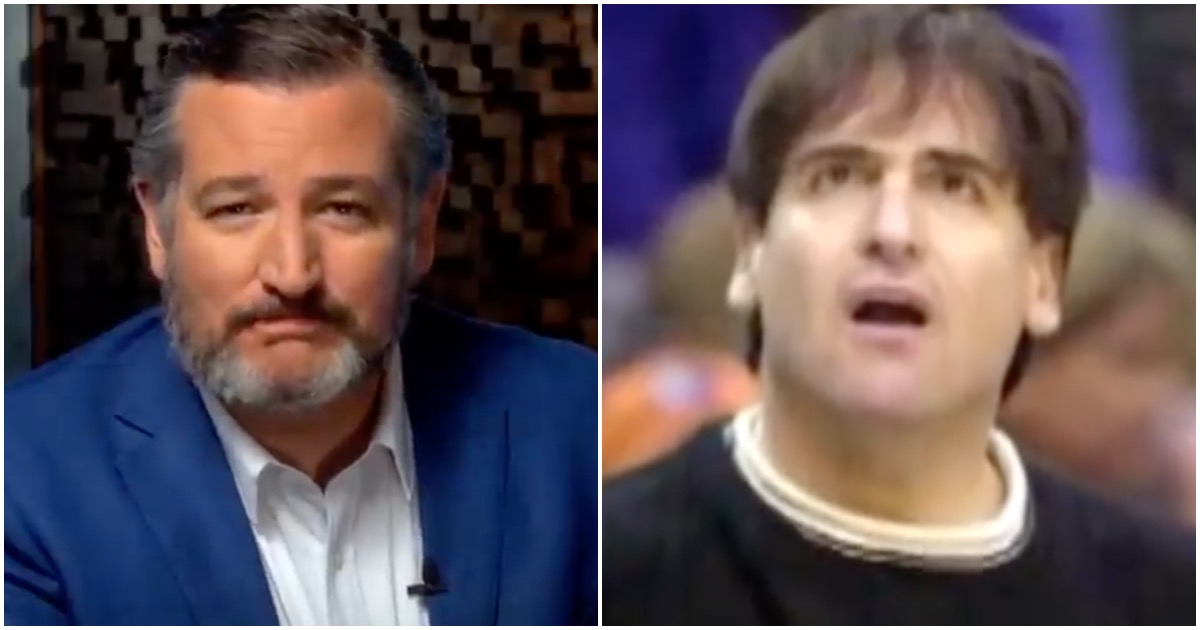 The following article, Mark Cuban Calls Out Ted Cruz, He Responds, But Cuban Refuses to Answer Ted On China, was first published on Flag And Cross.

The National Basketball Association does a lot of business with China. That’s why players, coaches, and owners won’t call out the the communist nation for any reason whatsoever.

After a Dallas Mavericks fan said he’d be done with the NBA if a player took a knee during the national anthem, Cuban bid him farewell – implying that players will kneel.

Senator Ted Cruz saw Cuban’s tweet. Then, it was game on.

Follow the thread, below. Notice how Mark refuses to respond to Ted on China.

NBA is telling everyone who stands for the flag, who honors our cops and our veterans, to “piss off”? In Texas, no less?

Good luck with that. pic.twitter.com/AVWLMZIqu0

Have some balls for once @tedcruz. Speak to me. It's my tweet. https://t.co/QGza2qWoRR

Speaking of balls, tell us what you think about China.

Still no answer from @mcuban

Can your players put that on their jerseys?

Can you condemn the CCP’s concentration camps w/ 1 million Uyghurs?

Can you say ANYTHING other than “Chairman Mao is beautiful & wise”? https://t.co/0XpLRaFSw2

Naturally, as a lefty, Cuban played the race card.

If you think I wont criticize China and what they do as it concerns American Citizens watch this https://t.co/RXEJxjMeO8 and this movie https://t.co/U5NnAwTFbQ. But I have never gotten involved in the domestic policies of ANY foreign country. We have too much to do here. And..

Why is it, @tedcruz, that you take such pride in standing up to and speaking truth to the Chinese, but you have no ability to stand up to and speak the truth to @realdonaldtrump ?

I agree there is a pandemic & we have taken extraordinary steps to defeat it.

Where did that pandemic originate?

Why did Communist China COVER UP the Wuhan outbreak & arrest whistle-blowers?

And why are you terrified to say ONE WORD about China? https://t.co/Tfj2tZnmCP

Here’s Cruz on the 2020 presidential election…

Here’s Cuban on how he became a billionaire…

Hey Cuban, you are a worthless excuse for a human being! You really need to step up on your security, because we are coming for you! YOU, won’t survive!

cuban’s only reason for being able to expound and shoot off his mouth is his bankroll.