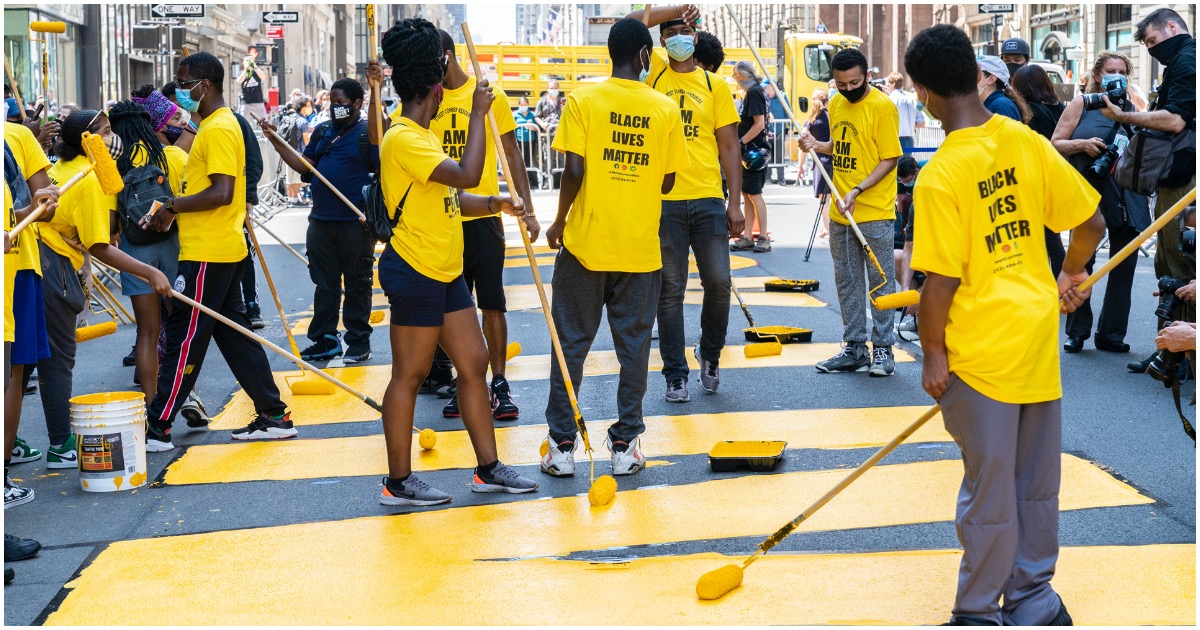 The following article, California City Washes Away BLM Mural After Trump Supporter Asks to Paint ‘MAGA 2020’, was first published on Flag And Cross.

Because one thing was allowed, the other should be as well. But if the one thing involves President Trump in any way, shape, or form, you can be pretty certain it isn’t going to happen.

Redwood City resident Dan Pease got permission from city officials to paint the “Black Lives Matter” sign on Broadway as part of a Fourth of July public art celebration. The city even supplied him with yellow poster board paint to do it.

But, last Thursday, the city washed the sign away after being contacted by local real estate attorney Maria Rutenburg, who said that if the street was now a public forum, she wanted a sign of her own reading “MAGA 2020.”

“I saw “Black Lives Matter” sign appearing on Broadway Street on the asphalt and I figured that’s gonna be a new public space, open for discussion, and I wanted to get my message out, too.” Rutenburg said.

Newsom, getting deep: “Doctors should be able to write prescriptions for housing the same way they do for insulin and antibiotics. Why not?” pic.twitter.com/8BD7eSkla8

.@GavinNewsom hits Trump during the State of the State: Despite “the tweets of Washington politicians,” California “is the rocketfuel powering America’s resurgence” pic.twitter.com/5GBPcBAYRN

“Washed away the blm painting?” Now that’s a surprise as would expect the dems allowing the blm criminals to deface the street in the first place to continue their support of the criminals.