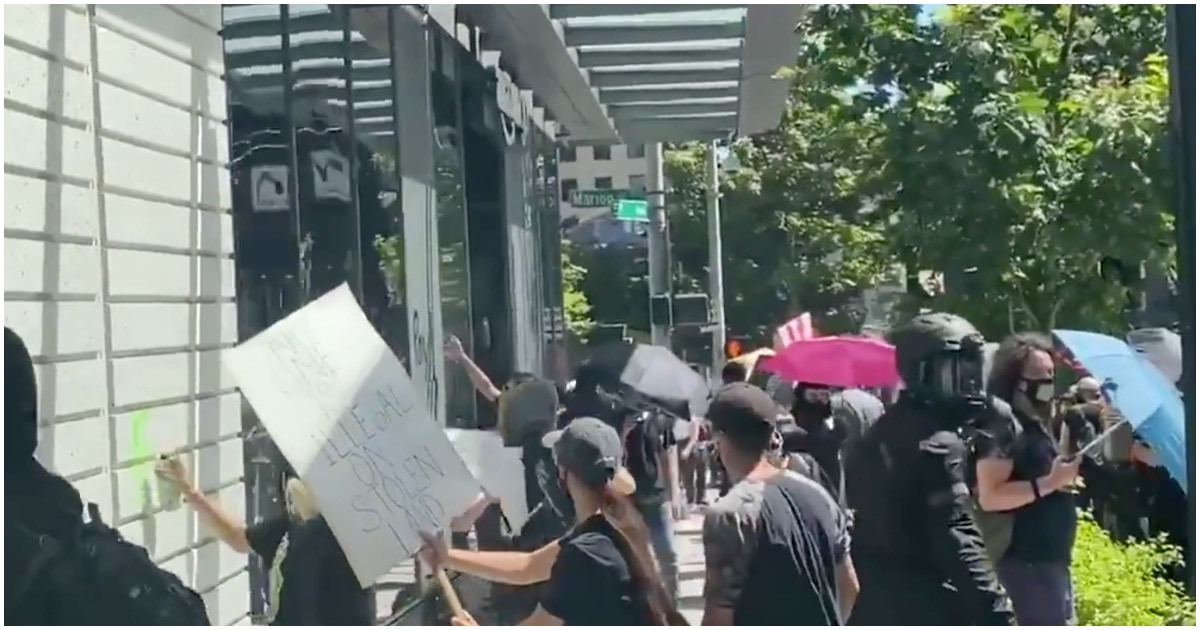 Amazon can afford to have a store or two destroyed by a radically far-left mob. They have insurance. So they lose a few high-end products, big deal.

On Sunday in Seattle, future Joe Biden voters went wild. Not only did they loot an Amazon Go, but they decided to assault police officers, too.

All in a day’s work!

Large demonstration occurring in downtown Seattle. There have been reports of property damage and looting. Avoid the area if possible. https://t.co/jkbCXd11zU

Large crowd continuing to march on Pike Street from downtown. Two individuals were arrested outside of the West Precinct. Demonstrators threw rocks, bottles and other items at officers. At least one officer has been transported to the hospital.

Seattle anti-cop criminals are just destroying the Starbucks on Capitol Hill while others are chanting "f*** Starbucks!" Meanwhile, @MayorJenny is comfortable in her mansion hoping the protesters don't stop by her home again.

Seattle anti-cop protesters just destroyed the storefront to an Amazon Go on Capitol Hill. Seattle Police are not allowed to engage and arrest. It's dangerous and Mayor Jenny Durkan doesn't want arrests.

A protester just said he's about to destroy a Starbucks but asked a man to stop filming first. This has nothing to do with George Floyd or even their anti-cop lunacy. It's anti-capitalist. Meanwhile, these Seattle protesters don't give a damn for the jobs are they're hurting.

The incidents, caught on video by reporters on the scene, marked the 52nd night of unrest in Portland.

The Portland Police union in north Portland was broken into and set on fire by antifa rioters. A riot has been declared. pic.twitter.com/kp9JucufA3

Peaceful Protest went out the door a long time ago with millions of dollars too…..! Seem’s like Obama’s de-funct ACORN is now BLM….. aka…… Black Looting Monkeys ….! They can Shake Down Legit Business and pay those out of work college grads with use-less diplomas…..! Trump needs to send in Feds….. arrest the trouble makers and slap on some long jail-terms…..!

Apparently there are no conservative Americans in Seattle, and the liberals must be okay with the blm & antifa criminals destroying their city??