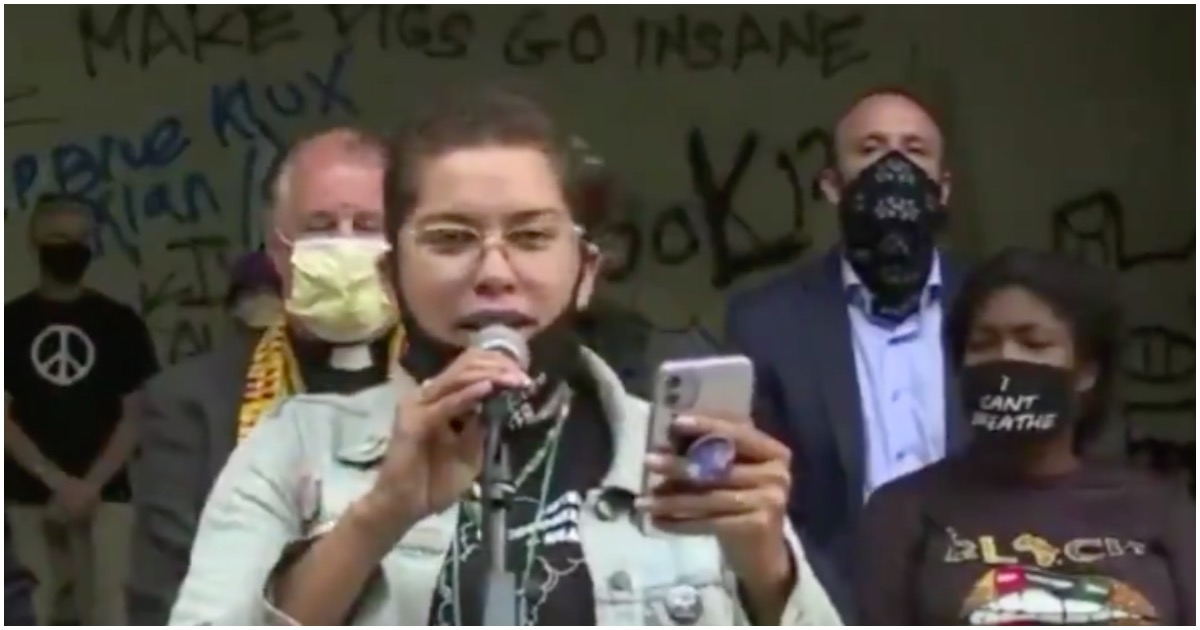 The following article, WATCH: ‘Protest Organizer’ Says Her Goal Is the ‘Abolition’ of America ‘As We Know It’, was first published on Flag And Cross.

It’s a shame that the mainstream media encourages anti-cop, anti-America protesters. These radicals all need to spend a month in a third-world nation so they can see what it’s like to be truly oppressed.

By the time lefties realize what they’ve done to the country, it’ll be too late.

Check this out, via Willamette Week:

Sinclair, 25, is an activist who works with with the workers’ rights group Portland Jobs With Justice. (That group is not directly connected to organizing the past week’s protests.) Sinclair, who wishes to be referred to by the gender pronouns they and them, has been involved in activism for years, including volunteering at the Portland Occupy ICE Camp in 2018. Sinclair was an organizer of a march May 31 that drew thousands of demonstrators. During Sunday’s rally, they led the group of over 1,000 demonstrators from Laurelhurst Park in Northeast Portland to downtown at the Justice Center. “We’re not here for apologies,” Sinclair said into a megaphone Sunday. “We’re here to dismantle, defund and completely destroy the police.” WW asked them about defying the pleas from city officials to stay off the streets. TESS RISKI.

It was only a matter of time before some copycats tried to recreate Seattle’s CHOP Zone, and it’s finally happened. Protesters in the city of Portland have attempted to recreate the “autonomous zone” by setting up tents and attempting to barricade streets, proving once again these people are relentless.

Continue reading: WATCH: ‘Protest Organizer’ Says Her Goal Is the ‘Abolition’ of America ‘As We Know It’ ...

And why are these enemies of America not being arrested and prosecuted in their attempted over-throw of America. All enemies, foreign or domestic.