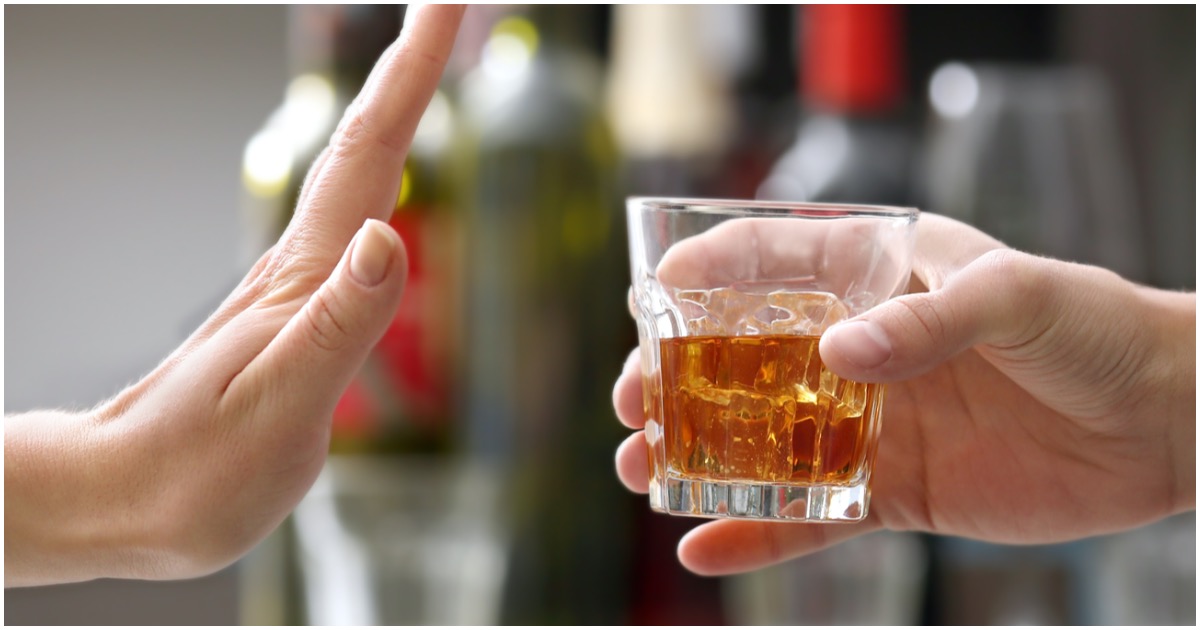 The following article, How Do You Quit Being An Alcoholic?, was first published on Flag And Cross.

31 years ago I was considered an alcoholic. I was drinking (and drugging) every day, and I was an extremely lost and lonely young man. Unlike the other college freshman around me who were also drinking and drugging, many for the first time, this was not my first rodeo. I was at the tail end of a six month bender of daily heavy drinking. I had started drinking and taking drugs when I was 12 years old. Not a week went by without some substance being entered into my body and brain. But this last bout was different than those earlier childhood binges. It wasn’t fun anymore, and I could tell I was slipping both mentally and emotionally. I began to get shaky at around 10 in the morning after a night of bourbon or vodka. A couple stashed beers would make my stomach stop flip flopping and the shakes would drift from my hands where it would get noticed, to deep inside where I could force them to hide when the alcohol hit my bloodstream.

I can remember looking around at the other freshman who’d just started drinking when they got to the dorms for those first couple months and jealously thinking, “Man, they are having fun.” I hadn’t been having fun partying in a long, long time – years actually. The juxtaposition of their drinking and drugging habits and mine were stark. I wasn’t partying – I was drinking just to stave off withdrawal. I struggled to socialize and to get to class. Sometimes I would lose track of which day it was because I drifted in and out of blackouts. But the hardest part about all of it wasn’t the downgrade in my physical health or social status, it was the intense loneliness and anxiety I lived with daily.

That was 1988. I was 18 years old. I was in deep trouble and I knew it. I did quit drinking not long after this. I had been arrested and spent a night in jail because of a DUI accident I’d been involved in and I determined it was time to change my life. I detoxed myself over the course of the following week. I do not advise doing this. If I knew better at the time I would have gone into a hospital. I was naïve to the dangers of alcohol withdrawal. The days it took to free myself from the physical dependence were not fun and later on I found out my detox experiment could have been tragic.

The Two Parts of Making the Change

Once past the physical dependency issue, I was much more clear headed. I realized I was at a crossroads. Deep inside I already knew most of the ideas I’d learned in the AA meetings I’d attended throughout my adolescence were nonsense. I intuitively knew that addiction was not a disease. I mean think about it; I quit while in active withdrawal. If that isn’t enough to convince you that you’re not powerless or diseased, nothing will.

A few months after I quit, the courts mandated me to long term treatment. I’ve written other articles on this 18 month saga, and I will let those pieces tell that part of the story. For this article, I want to stay focused on how I changed, not on how treatment sent me on a near suicidal distracting goose chase for a year and a half.

Making the mental shift to change my life came in two main parts, and after working with substance users for more than 31 years, these two components are present in nearly everyone’s conscious decision to change their substance using lifestyle.

First, I wanted to stop drinking and drugging. The way I know that’s true is simple – I did, in fact, stop. There were many other months and years prior where I thought I wanted to “get sober” but my actions belied the truth – I continued to drink and take drugs. The difference was that when I saw the possibility that my life might be better without substances than it had been with them, I made the change and detoxed myself. Every other prior attempt to change was marked by the thought that sobriety looked like a giant struggle marked by being deprived of what I still loved. And so, no surprise here – I didn’t quit.

In my case, the car crash and ensuing DUI arrest were just symbolic – they weren’t the cause of my quit. I did however, use them as a public excuse to make the change to abstinence. Try to remember, at the time, my entire self image was wrapped up in my drinking; how much I could drink; how I drank; and all the ways that played a role in my life. So somewhere in my mind I felt I needed to have some big event to initiate my shift to sobriety. The crash and arrest were that catalyst to push me over the edge and admit to myself that yes, abstinence looked better than constantly being drunk and a mess. In summary, you need to want to be sober before you’re going to be sober.

This brings me to the second half of my motivation to change; a self image that does not include the alcoholic label. To really move on from an addiction, you’ll need to let go of the idea that you are different from the average Joe. For me, that change in self image manifested in my mind with an image of myself as a “good citizen” who was healthy, athletic, and honest. I was anything but that in my last year of drinking, and that fact disgusted me. I knew exactly who I wanted to be, and to be that, there would be no practical room for being hammered or to constantly remind myself of what I used to be. I needed to let go of the alcoholic ideal and I had to let go of the defining myself as a “person in recovery” as well.

Right from day one I focused on being the guy I dreamed of being. My life moved along and the image of me as an alcoholic, a drug addict, and even a recovering alcoholic, all faded into my past along with the drinking itself. I HAD MOVED ON.

When you finally see using less substances, or no substances as the happier option, you will quit or moderate easily. Then after you have quit or moderated, you can move on from your past struggles completely by having and working towards a self image that does not have any links to addiction, treatment, recovery or anything attached to that lifestyle. Then, like me, you too will know true freedom.

Continue reading: How Do You Quit Being An Alcoholic? ...