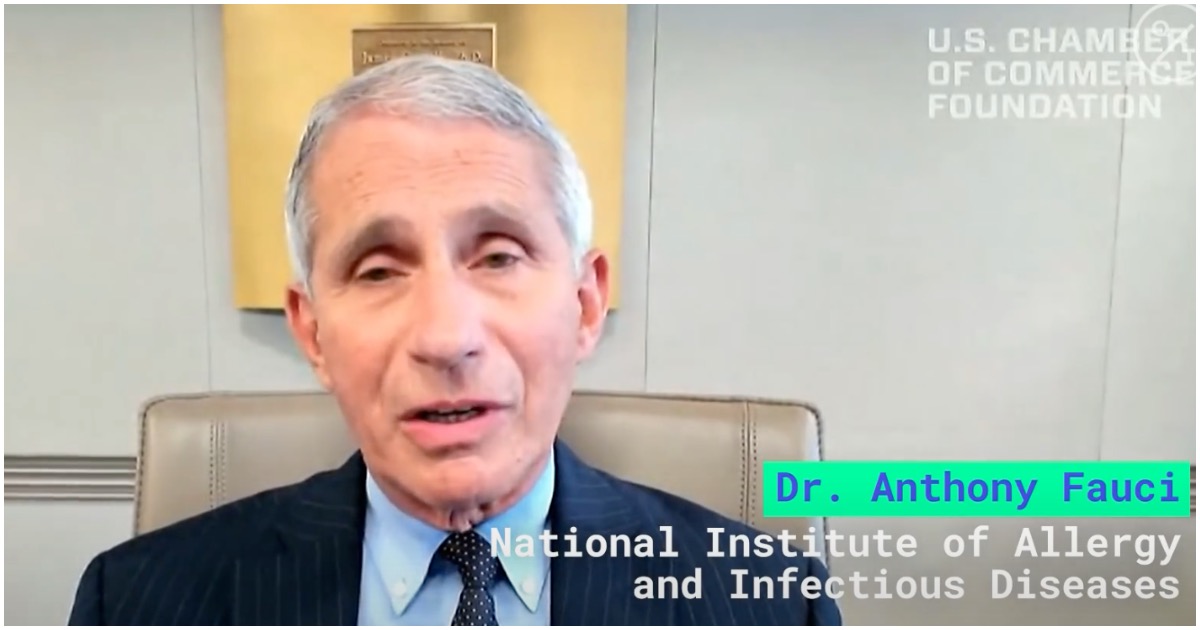 The following article, Dr. Fauci to Governments On Mask Mandates: Be ‘As Forceful As Possible’, was first published on Flag And Cross.

Dr. Fauci has lost the respect of a lot of people since coming into the national spotlight. Of course, the left still looks up to him as if he’s a GOD, because that’s how lefties treat liberal politicians.

What they don’t understand, though, are basic freedoms and what makes America great.

Friday on CSPAN during a video conference with the U.S. Chamber of Commerce, Director of the National Institute of Allergy and Infectious Diseases Dr. Anthony Fauci said state and local government leaders should be “as forceful as possible” in urging the wearing of face masks to prevent the spread of coronavirus.

He noted, “I can say as a public health official I would urge the leaders, the local, political and other leaders in states and cities and towns to be as forceful as possible in getting your citizenry to wear masks.”

Fauci conducted an interview with the Financial Times where he explained the reputation he has earned for not being someone who “sugar-coats things,” and says this character trait is probably what led to him not being included in TV interviews.

In March and April, Fauci’s appearances at the regular White House briefings turned him into a media sensation as he delivered no-nonsense updates on the spread of the disease, even as President Trump was predicting the worst was over.

But now, he says he has not seen the president at the White House since June 2 and that he has not briefed Trump in at least two months, although he is “sure” his messages are passed along.

“I have a reputation, as you probably have figured out, of speaking the truth at all times and not sugar-coating things,” he said. “And that may be one of the reasons why I haven’t been on television very much lately.”

Fauci recently stated that dropping the coronavirus restrictions too early could cause a massive spike in cases, somewhere in the ballpark of 100,000 new cases a day, a warning that didn’t please folks at the White House who are eagerly pushing to get kids back in school and all non-essential businesses running at full capacity.

Continue reading: Dr. Fauci to Governments On Mask Mandates: Be ‘As Forceful As Possible’ ...

Flip flop Fauci is a sad excuse of the medical field . He can’t make up his mind on what to do with a mask .