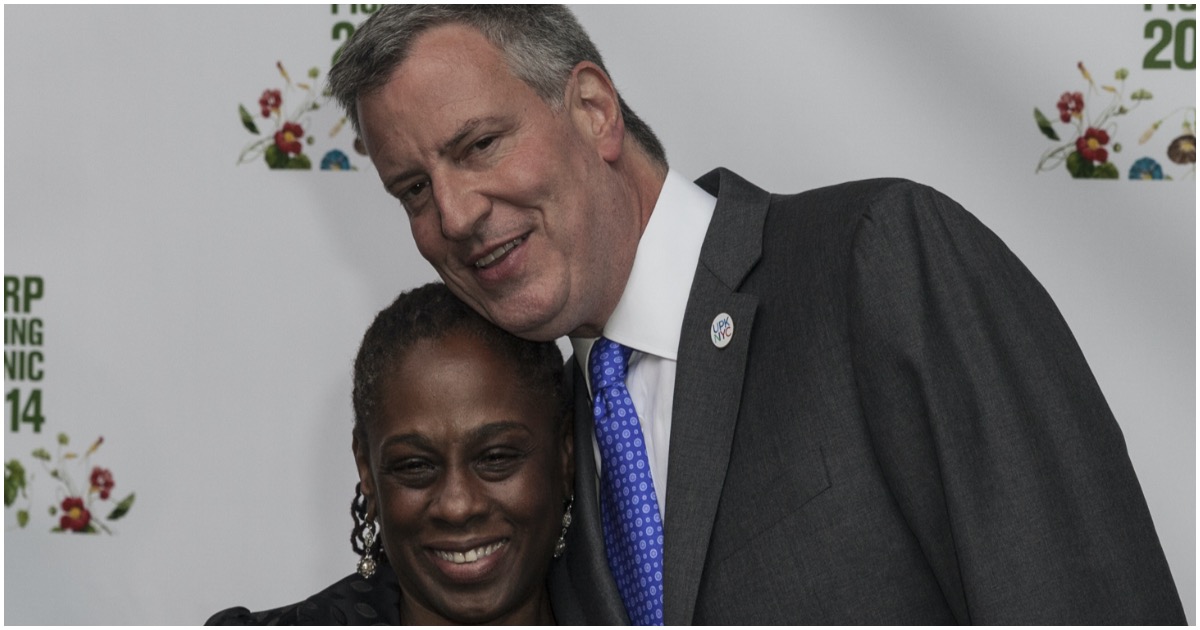 Bill de Blasio is at it again. For some reason, he had the nerve to go after the NYC police union because at this point, why not, right? What does he have to lose?

After all, the mainstream media is going to back him 100% anyway.

Speaking at his daily press conference on Thursday, New York City Mayor Bill de Blasio slammed the Sergeants Benevolent Association, a police union with which he has had a running feud, snapping that they “foment hatred.”

De Blasio was asked, “The March across the Brooklyn Bridge yesterday ended up also being joined by the Sergeants Benevolent Association and Blue Lives Matter. Can you comment about that, noting your history, particularly with the SBA?”

His response, “Look, I don’t know everything about the march. My understanding is that was started by community people who are concerned to make sure their community is safe, and I respect that greatly. And that’s what I talked about in the opening today, we have to keep communities safe, get community and police work in together and address the need to constantly reform the NYPD. We can do all of that at once. But the SBA has only practiced division; they foment hatred; they don’t try and help us move forward. I have been fighting with them for years and they have been fighting with our police leadership for years. They attacked Jimmy O’Neill viciously. They’ve attacked Dermot Shea. They don’t try to create anything good. They only try and tear down, which is why I have no respect for the leadership of the SBA.”

It’s the dem mayor that is fomenting hatred and violence. You people of NYC either force him out or we have to believe you deserve what you now have.