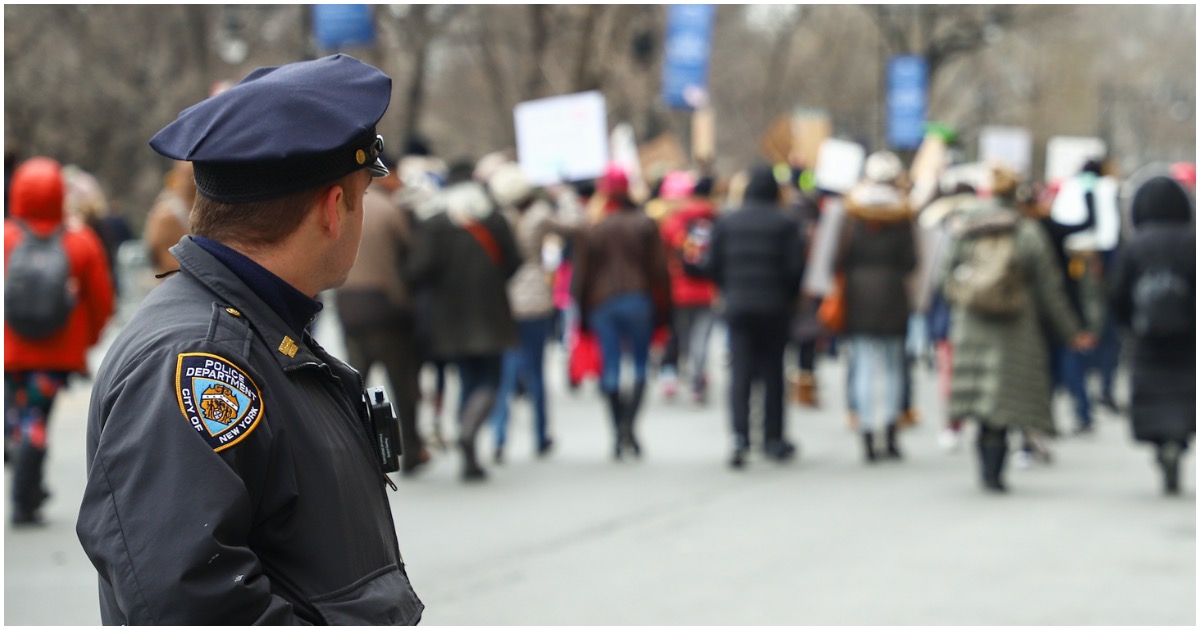 The following article, With No Police In New York City, ISIS and Al-Qaeda Are Grinning — Opinion, was first published on Flag And Cross.

Shootings in New York City are up an astounding 358 percent.

Is it a coincidence this spike in crime occurred immediately after NYPD Commissioner Dermot Shea disbanded undercover anti-crime units across the city? There are now 600 fewer cops on the streets of the city, which have suddenly become a lot more dangerous.

Shea characterizes this as a “seismic” shift – and he’s right. Just not in the way he meant.

Will it also be considered coincidental when terrorists take advantage of the same “opportunities” afforded by the disbanding of those who used to protect New Yorkers – and America – from that?

This criminal negligence of duty – of the most fundamental obligation of and justification for government – is breathtaking in the scope of its effrontery.

And the damage caused by it.

Scores of New Yorkers have already died because of the open-season on New Yorkers declared by government officials such as Shea and his overlord of incompetence – or is it contemptuous indifference? – Bill De Blasio, the mayor of the city.

But it’s not enough damage.

De Blasio just announced he will be “shifting” $1 billion dollars away from the NYPD. Which is to say, defunding the protection of the persons and property of New Yorkers by that amount – on top of the previous defunding by Shea.

“We are reducing the size of our police force by not having the next recruit class. We are reducing our overtime levels. We’re shifting functions away from police to civilian agencies,” de Blasio said.

This, he claims, is “the right thing to do.”

Criminals agree. Terrorists, too. It makes their jobs a lot easier.

It’s easier to assault and murder people, after all, when you know there’s no one around to stop you – and when there’s nothing more than your conscience to restrain you. Criminals and terrorists lacking exactly that.

Meanwhile, New Yorkers who do have a conscience lack the means to defend themselves from this open-season . . . on them.

Guns – for the law-abiding – having been effectively outlawed, such that only criminals have them.

Well, not just them.

Those protecting Shea, De Blasio and other elite city officials and very well-protected liberal politicians also have them.

These criminal elites “defund” the protections New Yorkers have a right to – what else are they paying among the highest taxes in the nation for? – from within the safety of a cordon of heavily armed men, not defunded.

Because their physical security remains important.

The rest can fend for themselves

This sentiment was practically ululated by New York City Council Speaker Corey Johnson, another liberal elitist defunder – who expressed his “disappointment” that De Blasio “did not go farther.”

By which he meant not just defunding but also firing. And not hiring. “I wanted a real hiring freeze,” he told NPR. And “headcount reductions.”

Which all guarantees increases…of another sort.

The crime spike has already happened – but it’s also just begun – as the effects of the defunding jihad – which is only a couple of weeks old – have yet to be tabulated.

Shootings and other mayhem could easily be up another 358 percent by his time next year. Or sooner. It won’t take long for criminals to seize their chance. They may not have a conscience but they do have the predator’s finely honed ability to sense the helplessness of their prospective victims.

No cops, no protection. No repercussions.

The other effects are incalculable – or rather, we may not be able to tabulate them until it’s too late. The cost’s potential measured not merely in terms of hundreds of shootings and muggings over a few months but in thousands or even tens of thousands of lives in a day.

It could be worse than that.

It was lucky for New Yorkers on that bright fall day almost 20 years ago that the targets of the terrorists – WTC Towers One and Two – were largely empty when they took advantage of the innocent unawareness of what could happen and used that opportunity to fly those jets into them, killing only thousands.

Had the Towers been full of workers that day, it could easily have been many times as bad.

It could be hundreds of thousands the next time – if today’s terrorists use something more lethal than 757s – and this time, it won’t be because of innocent unawareness, mistakes made and balls dropped. It will be the result of deliberate dereliction by government officials like Shea, deBlasio and Johnson who know exactly what they’re doing and simply don’t care.

Which is something much worse than a crime.

Continue reading: With No Police In New York City, ISIS and Al-Qaeda Are Grinning — Opinion ...

Seems that the “voters” in NYC abandoned their police officers when they seemingly continue to support the mayor, so now they can face the abandonment of the police. That mayor should be ran out of town after a good old fashioned “tar & feathering”. Those in the past seemed to have a better handle on thing than the people of today?