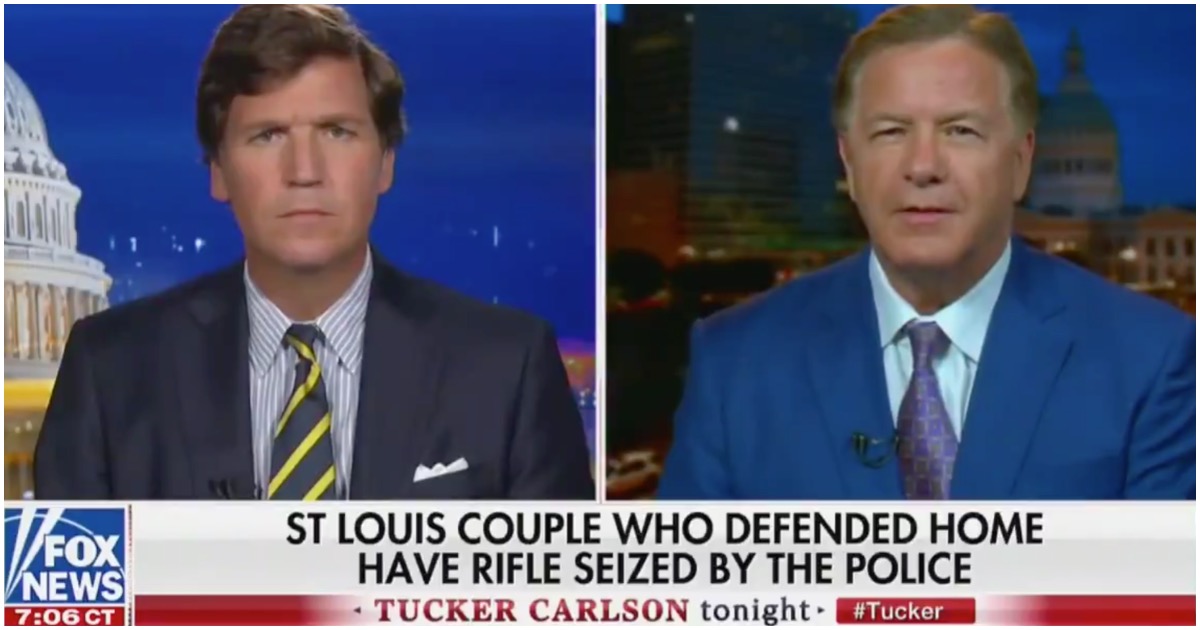 The following article, Couple Who Defended Home With Guns From BLM Mob Expects to Be Indicted Soon [Watch], was first published on Flag And Cross.

They have already had their firearms seized from their homes. That was pretty bad. Now, the St. Louis couple who defended their property after a Black Lives Matter herd of lemmings broke into their gated community is expecting to be indicted.

This is pure liberalism run amok, and it needs to stop.

Mark McCloskey, the homeowner who defended his St. Louis home recently from a large mob of demonstrators, told Fox News on Monday that he excepts to be “indicted shortly.”

The segment came after St. Louis law enforcement officials served a warrant on the McCloskeys late last week and confiscated the rifle that he used to defend his home.

Mark McCloskey says that he believes that he and his wife are going to be "indicted shortly". pic.twitter.com/8o4xsb82Az

Armed residents in St. Louis, Missouri, reportedly guarded their property on Sunday evening as demonstrators marched through their neighborhood.

Columbia Missourian journalist Daniel Shular recorded a video of the couple and posted in on Twitter, writing: “A couple has come out of their house and is pointing guns at protesters in their neighborhood.”

Protesters have stopped at the Mayor’s house #StLouis #LydaKrewson pic.twitter.com/0jRYzzr8cI

Difficult to understand why this couple had to be standing alone to protect their home & neighborhood from the criminal invaders. Why were no neighbors standing along side? Meanwhile if the city allows their “elected” prosecutor to further persecute these people, the citizens/voters had better realize that they may be “next”.