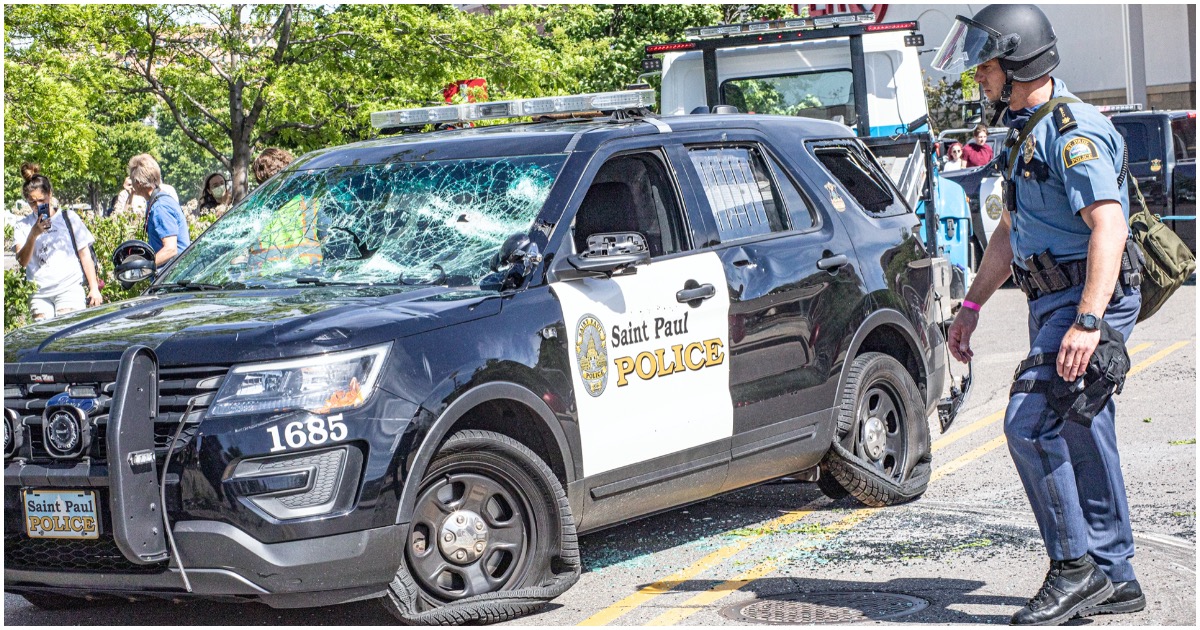 The following article, Trump Denies Minnesota’s Request for Federal Funding After Billions In Damage From BLM Riots, was first published on Flag And Cross.

President Trump will get blasted hard by the mainstream media for denying the state of Minnesota’s request. At the end of the day, his decision is the correct one.

You can’t tell cops to stand down and allow far-left rioters to destroy your state and then ask for a bailout.

Great news! @realDonaldTrump has DENIED Minnesota's disaster request to repair half a billion dollars in damage from the riots. Governors and Mayors who ordered police to stand down and watch their cities burn shouldn't get a penny in taxpayer aid! https://t.co/8WAgm7AFa7

Walz asked President Donald Trump to declare a “major disaster” for the state of Minnesota in his request to the Federal Emergency Management Agency (FEMA) on July 2. More than 1,500 buildings were damaged by fires, looting and vandalism in the days of unrest that followed Floyd’s May 25 death in Minneapolis police custody, racking up more than $500 million in damages, according to Walz.

The governor’s spokesman, Teddy Tschann, confirmed late Friday that the request for federal aid was denied.

“The Governor is disappointed that the federal government declined his request for financial support,” Tschann said in a statement. “As we navigate one of the most difficult periods in our state’s history, we look for support from our federal government to help us through.”

A law and order president America needs – and deserves! Sorry not sorry, lefties.

Well you should have thought about that when you let the Racist group trash the city/state. Here is an idea, sue BLM for the damages. They have millions in corporate donations.