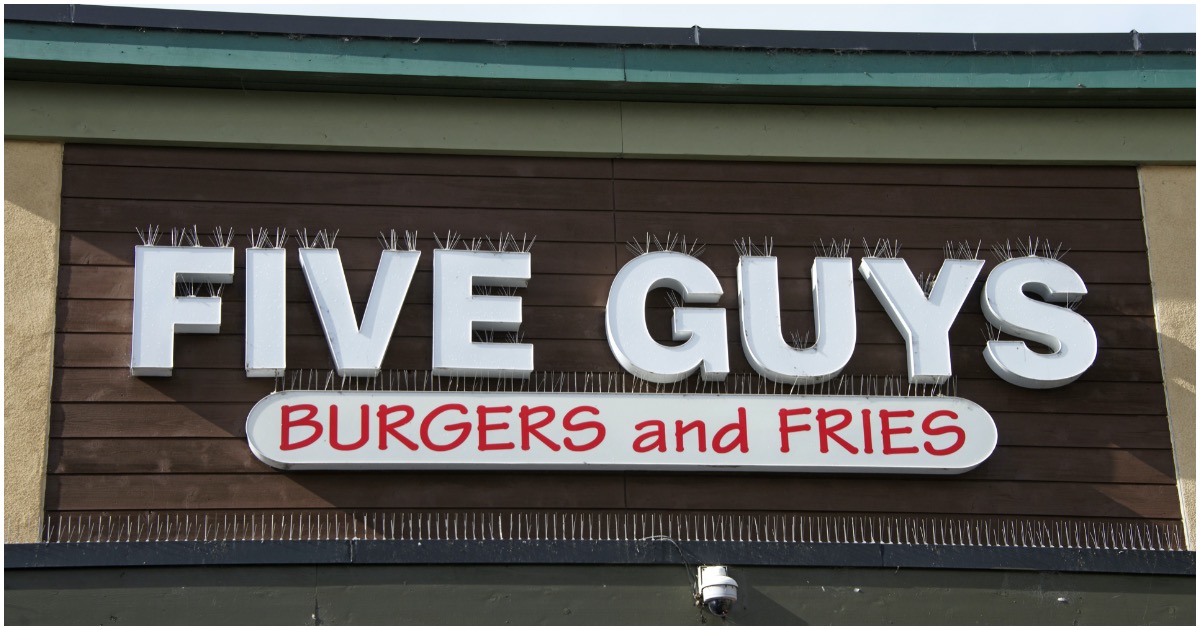 The following article, Several Employees Fired From ‘Five Guys’ After Refusing to Serve Police Officers (Video), was first published on Flag And Cross.

What kind of nonsense profiling is this, where all police officers are deemed dishonorable because of the actions of a very small few? Don’t these future Joe Biden voters have any shame?

Employees involved in an incident at the Five Guys restaurant in Daphne, in which they were reported to have refused to give service to Daphne police officers, have been fired or suspended, according to Five Guys.

The officers said the employees turned their backs on them when they entered the restaurant.

The officers said one of the employees was overheard saying, “I’m not serving them.” The officers left and went to another restaurant. The officers claim six or seven employees acted together.

Hi there. Please know that the actions and sentiments of a few employees in Daphne, AL do not represent Five Guys or the local franchisee. The actions the Daphne, AL franchise have taken include termination and suspension of the employees involved.

They should have been fired as they are a disgrace. When you are in food SERVICE or any other service business, you SERVE your customers! They are your ‘bread and butter’. Without them, you do not have a job. You treat everyone equally.