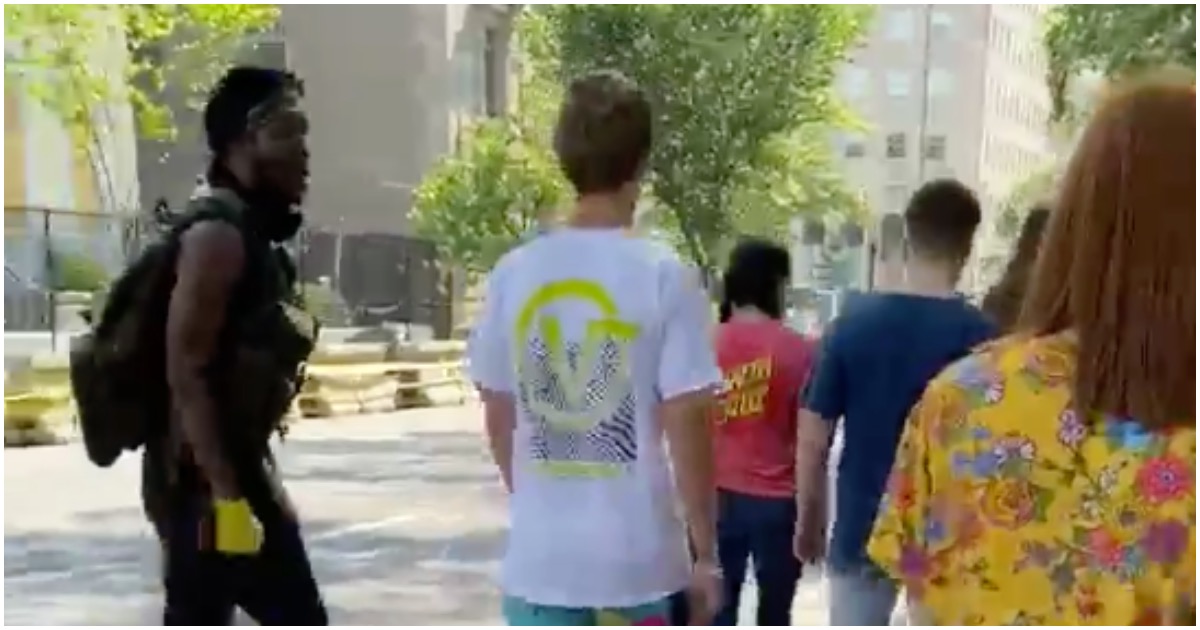 The following article, ICYMI: Protester Rips MAGA Hat From Teen’s Head, Tosses It Over Wall & Cusses Him Out, was first published on Flag And Cross.

Liberals can be summed up with one word: triggered. Everything annoys them to no end, to the point where they feel they need to get violent. We see it happen on nearly a daily basis.

Check out what went down when a teenage boy decided to wear a MAGA hat in our nation’s capitol.

It didn’t go over well with a random future Joe Biden voter.

PSA: If your America loving teen wants to go on a youth trip to DC TODAY to visit the @WhiteHouse-this will happen to them. The EMOTIONAL mother of this boy sent me this video just this am! Cussed at & accosted for their Trump hats which then were taken and thrown over a wall… pic.twitter.com/NImWblCHeU

Criminals seemingly don’t have as bad a reputation as police officers. Without question, ex-cop Derek Chauvin was in the wrong when he placed his knee on George Floyd’s neck for nearly nine minutes.

But why are all officers being blamed for one bad apple? It’s not right.

Some cops are fed-up.