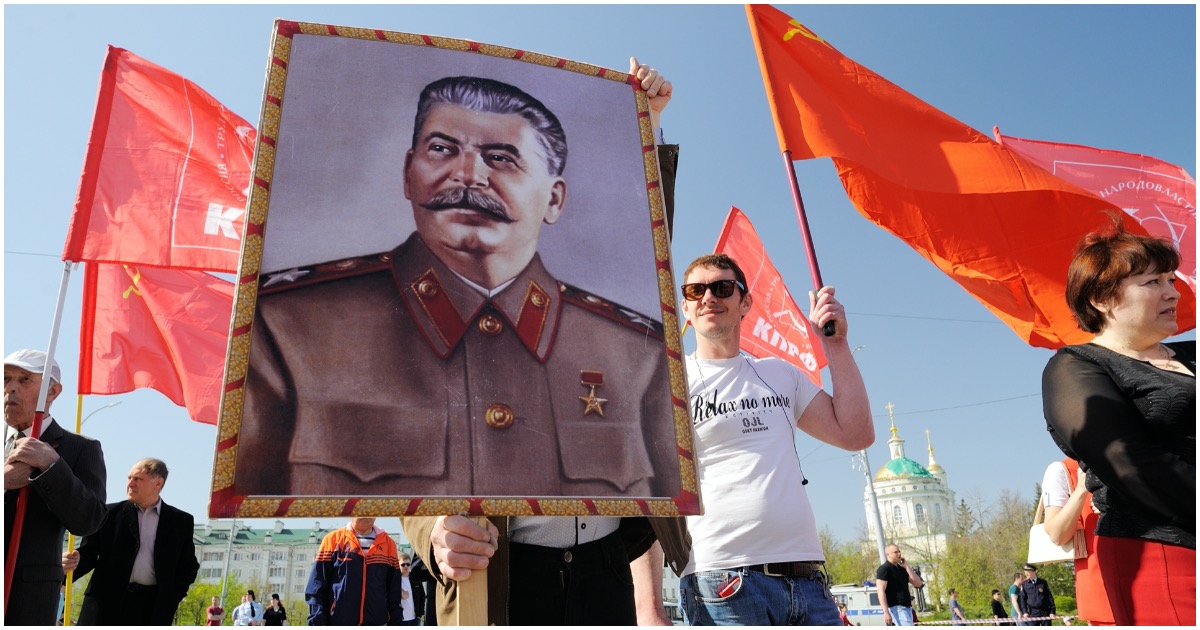 The following article, Racial Inquisition — The Onset of American Stalinism (Opinion), was first published on Flag And Cross.

What I am about to describe scares me more than anything. It should scare you too, regardless of your race, religion, or national origin. When I heard Tucker Carlson describe this, it sent icy shivers up and down my spine. The rapidly spreading influence of a Marxist organization known as Black Lives Matter has exploded to a new level of iniquity.

Seattle has inaugurated a racial inquisition aimed at a specific type of people. White people. The city’s Office of Civil Rights is holding a segregated training session for white city employees that will train them to “undo their whiteness” and affirm their “complicity in racism.” Known as “Interrupting Internalized Racial Superiority and Whiteness,” the session’s existence was exposed by Christopher F. Rufo, an editor for City Journal, and confirmed by Tucker Carlson on his Fox TV show.

An email to Caucasian city workers demanded that they examine their “complicity in the system of white supremacy.” In case any employees are not sure if they should be part of the program, an information sheet describes anyone of Arab, Jewish, Finnish, German, Italian, Armenian or Irish descent as white. According to Rufo, white staffers are being informed by their “diversity trainers” that their behavior patterns are rife with “vestiges of internalized racial oppression.” Participants are urged to cultivate “networks with other white people who are practicing antiracist accomplicehood so you can talk through your struggles in the work of undoing your own whiteness.”

Can you imagine if Seattle required all black employees to undo their blackness? Yeow!!! Doing it to white employees, however, is perfectly acceptable. It’s hard to believe that anyone would go along with this. We are not living in the Soviet Union.

Sadly, Seattle did not invent the racial inquisition. The January 5, 2018, Tucker Carlson Show reported that a school in West Bend, Wisconsin, is brainwashing adolescent children to confess that they are flawed if they happen to be white. Eighth-graders were given “a privilege test that identified them for being white or rich or having an intact family.” This is common, said Tucker Carlson, in schools across the country. School officials in West Bend argued that privilege education is important to “enable the students to succeed in their careers.” The officials failed to explain how shaming 12-year-old kids about their race will constitute a career booster.

If this is not an inquisition, what is? The privilege test is a manifestation of identity politics described by Scott Greer in No Campus for White Men as “bordering on an outright hatred for white people, especially white men.” Greer has exposed similar racial indoctrination training forced by many colleges on white freshmen. An example is the “Whiteness” conference at the University of Michigan designed to help white students recognize their alleged privilege. The purpose, says Greer, is to make whites feel badly about their skin color. Whites should “sit down, shut up, and allow their moral superiors to berate them.”

The New York Post exposed the Bank Street School, an elite private school in Manhattan where they are teaching white students as young as six that “they’re born racist and should feel guilty about benefiting from white privilege,” while their black peers are “taught to feel proud about their race and are rewarded with treats and other privileges.” White parents have complained about how their children are indoctrinated into thinking that systemic racism still exists, that they are part of the problem, and that “any success they achieve is unearned.” Parents are upset that the school “deliberately instills in white children a strong sense of guilt about their race.” A six-year-old came home in tears, saying, “I’m a bad person.”

The idea that white people are inherently flawed is absurd on its face. The value system that has made the US successful as a nation is an achievement of white people, especially white men. This is anathema in today’s “woke” culture. The payoff for the Left’s diversity agenda is racial discord. The goal is to divide and conquer. Minority special interest groups are using the banners of “equality,” “diversity,” and “social justice” to impose their agenda on the white majority.

When the inquisition becomes part of American life, it will be a victory for Marxist revolutionaries and a fatal loss for Americans. And that scares the hell out of me.

They waited for a great amount of Snowflakes to go through College, and graduate, and to come out and fill positions of Power, and present themselves, as Indoctrinated Useful Idiots. This is the end result. Trump says “Educate not Indoctrinate.” Parents sending their family members to College should listen real closely.

Tucker is right on as he is beating the drum for America & Americans. The “camel has it’s nose under the tent” and unless Americans wake up and turn back the communistic agenda we will soon be a non-country.