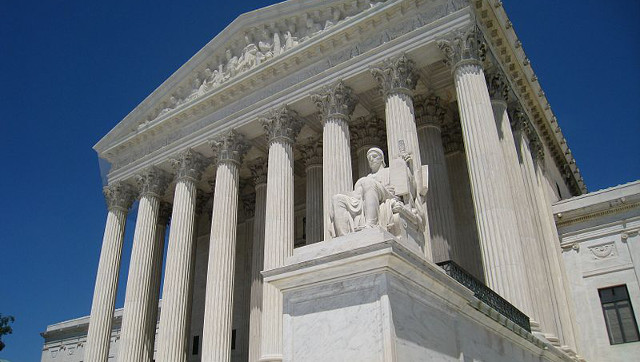 A new ruling handed down from the Supreme Court states that President Trump’s accountants will have to release years of financial records and tax returns to the Manhattan district attorney, ruling that he doesn’t have immunity from a grand jury investigation in NYC.

Cyrus R. Vance Jr., who also happens to be a Democrat, a fact which will surprise absolutely no one, will now be allowed to the see returns in question after the justices voted 7-2 in favor of the release of the tax returns being released.

However, Trump prevailed in the second case as the justices said it would not allow Congress to obtain tax and financial records, kicking the issue back to the lower courts.

Unlike other recent presidents, Trump has refused to publish his tax returns and other financial papers that would provide a snapshot of his wealth.

Back in May, there was three hours of oral testimony held by teleconference in which lawyers went back and forth over whether or not the House of Representatives and a New York prosecutor could subpoena Trump’s banks and accounting firm for his financial documents.

There are three House committees who are seeking to get a peek at records from Mazars, the accountants for the Trump Organization, and two banks that gave loans to several Trump businesses.

Democratic leaders think that the documents in question will give insight into whether or not Trump borrowed cash from, or had dealings with, Russian companies before taking office.

Yes, that’s right. The left is still harping on the Russia nonsense, digging and rooting through every bit of garbage they can find to uncover whether or not there’s some sort of connection between Trump and Putin’s home country.

They just cannot let that go.