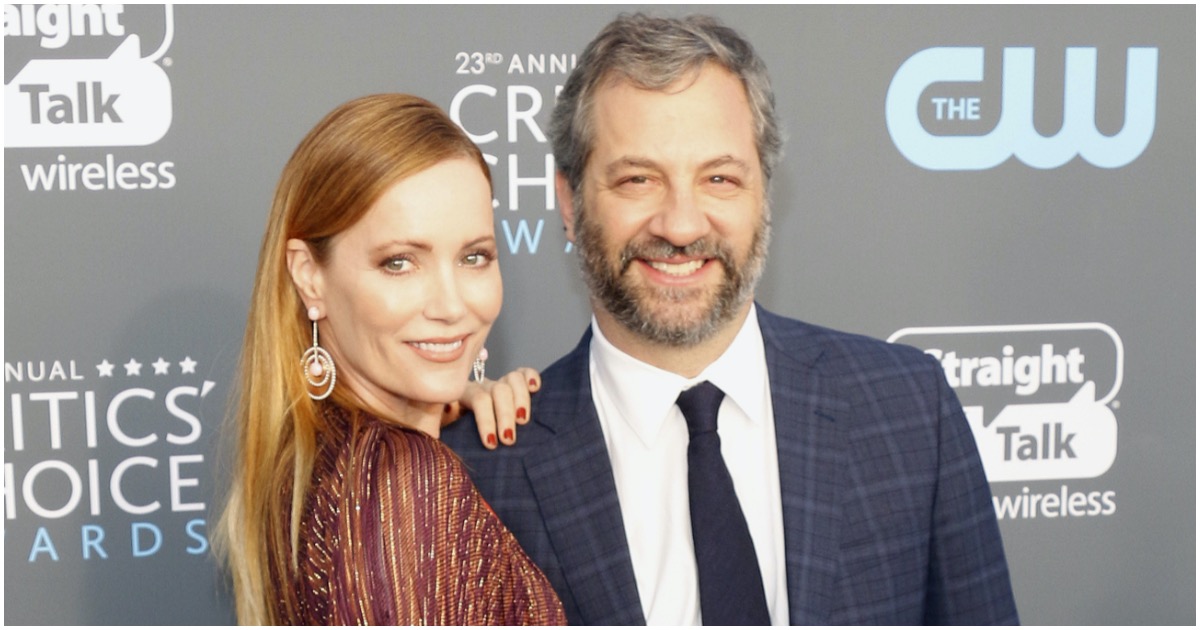 Judd Apatow has worked on many hit comedies over the years, such as “Superbad” and “The 40-Year-Old Virgin,” but he is at his funniest when talking politics. The far-left husband of actress Leslie Mann (pictured above) literally knows nothing.

On Tuesday, the “Freaks and Geeks” creator may have just hit a new low.

Hollywood writer-director Judd Apatow launched another scathing attack on President Donald Trump and Republicans in Congress, describing them as “murderers” whose actions have caused “thousands of deaths.”

On Tuesday, Senate Majority Leader Mitch McConnell argued that the efforts of Democrats in Congress to impeachment the president on false grounds had distracted from the impending threat of the Chinese coronavirus.

I think @senatemajldr and all of these politicians should be prosecuted when this is done for the lies which cost thousands of deaths. He knows Trump is a con man who lied to everyone to delay bad news and that led to thousands of additional deaths. They are all murderers. https://t.co/T0JPLOi8g0

We are murdering our children. It’s as simple as that. The President could care less. https://t.co/zKMZU3r8VT

Dr. Birx says we were missing a significant amount of data from China. Sad she has to explain this obvious point to reporters, who have been citing Chinese data or data compared to China's numbers as accurate.

This media matters is deliberately lying He could easily have checked but didn’t. See my pinned tweet now and demand he retract. https://t.co/vq3ay5pMaL

Dr Fauci comments on report that saliva droplets could be propelled 27 feet, far beyond the 6 foot distance Americans told to guard against. "This could be terribly misleading," says Fauci. Says only an unusual "very robust" sneeze or cough could propel droplets that far.

A Chicago Bears wide receiver is on a mission to feed children in communities hit hard by the coronavirus pandemic. https://t.co/9KZXyycmOc

It seems likely at this point that the next Democratic president will declare climate change or gun violence a "national emergency" and use that as an excuse to drastically curb civil liberties, citing the coronavirus response as precedent

There are going to be tons of lawsuits where a non-paying party invokes force majeure (act of god/nature). It could depend on how narrow that clause is written into particular contracts. https://t.co/A4596tv5Fm

Day 18 of quarantine: had a rap battle with the dish washer pic.twitter.com/hdgP2o9Lyp

She was just 42 (via @toofab)https://t.co/QIIlSBCTpR

Well of course. Doesn’t merely pretending to be a intelligent person in movies make the hollywood nut cases experts on everything???