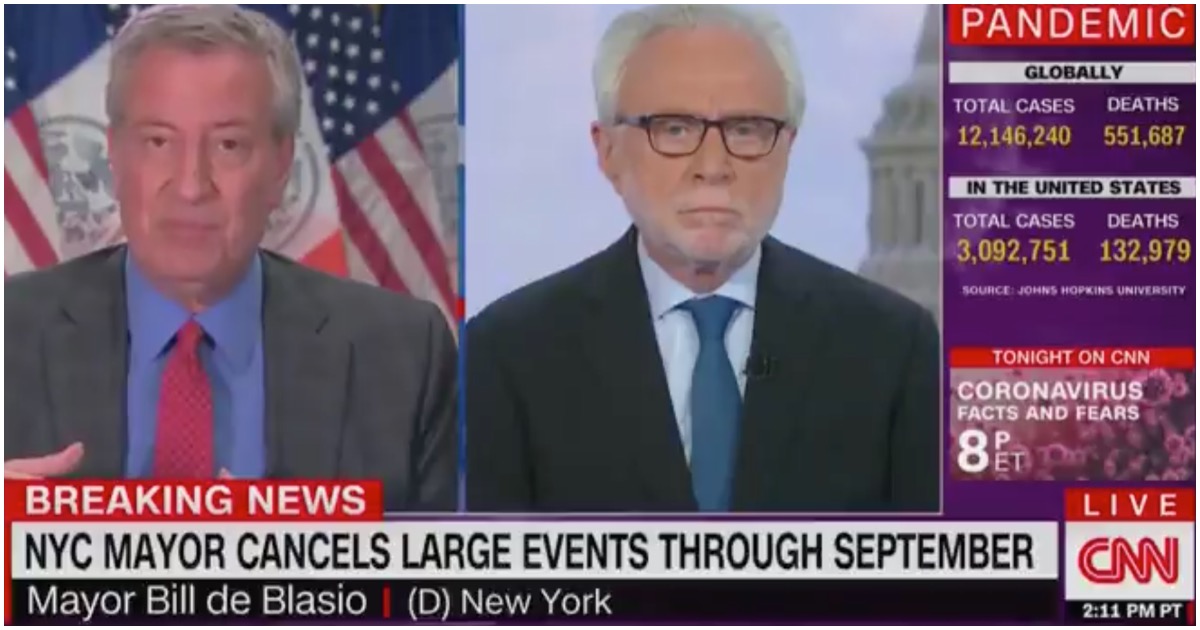 The following article, De Blasio: All Large Gatherings to be Banned In NYC, Except for Black Lives Matter Protests, was first published on Flag And Cross.

There should be very little doubt that spiking COVID-19 numbers are due to more testing nationwide, along with Black Lives Matter protests/riots.

That’s just the truth, whether some care to admit it or not.

On Thursday, New York City Mayor Bill de Blasio said he will ban all large gatherings in the city – except for BLM nonsense.

Wolf Blitzer follows up by asking about the U.S. Open. pic.twitter.com/KGsnAdXDhK

An animated de Blasio slammed Trump during public remarks on the block, and was cheered loudly when he said the artwork will “show Donald Trump what he does not understand.”

Rivera noted that even as the mayor snipes at Trump, he is asking the federal government for $7 billion to close a gap in the city budget caused by the coronavirus pandemic.

Continue reading: De Blasio: All Large Gatherings to be Banned In NYC, Except for Black Lives Matter Protests ...

Huh? I’m confused. Does he want to spread this covid-19 virus throughout the BLM protesters? This doesn’t make sense. Just saying…

It’s called “racism” and “discrimination,” and is a blatant denial of religious groups’ civil rights. Having opposed civil rights for the first 2/3 of the 20th cent., the DemonKKKrat party is at it again!