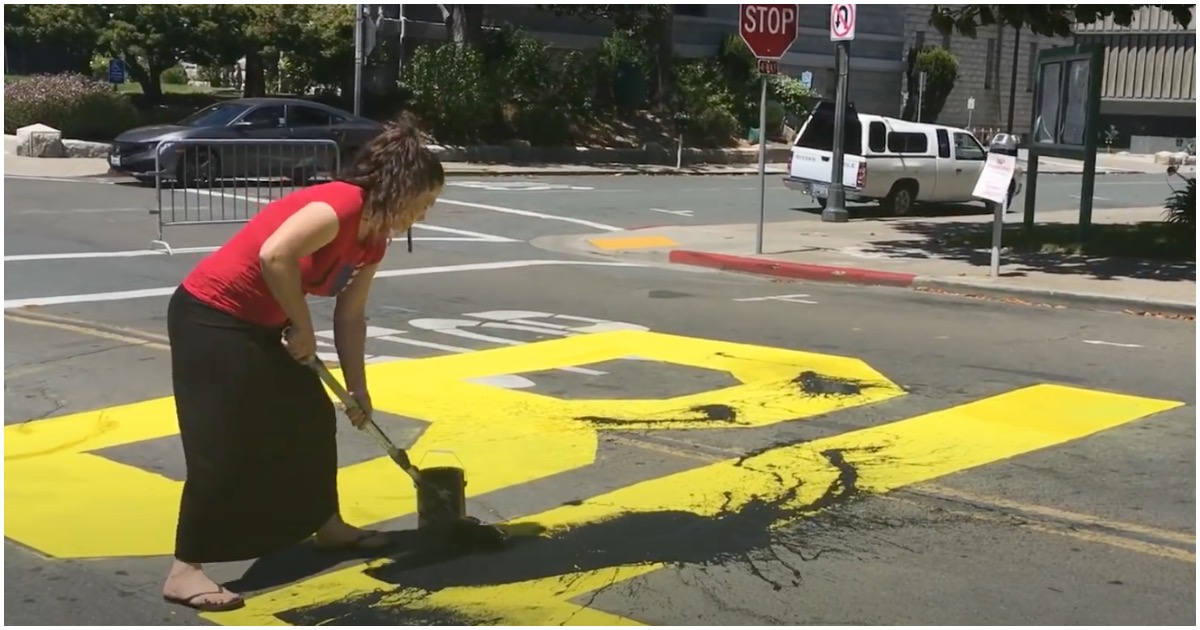 The following article, They Painted Over BLM Vandalism, Now They Are Being Charged With A Hate Crime, was first published on Flag And Cross.

Black Lives Matter radicals painted a large BLM in the center of a street and everything is hunky-dory. Yet, when a couple decided to paint over the BLM, they are charged with a hate crime.

This is what liberalism run amok can do.

BREAKING: The #Martinez couple caught on video painting over the approved #BlackLivesMatter mural on #FourthofJuly are being charged with a hate crime, according to a release from the #ContraCostaCounty District Attorney's office. pic.twitter.com/9L21byNsE1

MARTINEZ, Calif. (KGO) — An arrest was made moments after a driver allegedly yelled, “All lives matter,” and pulled a gun on a member of a crowd watching over the Black Lives Matter mural in Martinez.

“He rolled by us and yelled at everybody. And flipped us off. So I got on my skateboard to just kind of follow him to get the plates,” says the young man, who had the gun pointed at him. He did not give his name, wanting to remain anonymous.

He adds, “(The driver) made a U-turn, came back at me and pointed the gun in my face. (He) said, ‘Do you want to do something?’ That’s it. Immediately a cop was behind him and pulled him over. Thank God!”

Continue reading: They Painted Over BLM Vandalism, Now They Are Being Charged With A Hate Crime ...

Oh oh, have to believe there will be many of those corrupt prosecutors hunting for a spider-hole if the civil war they are promoting was to happen….