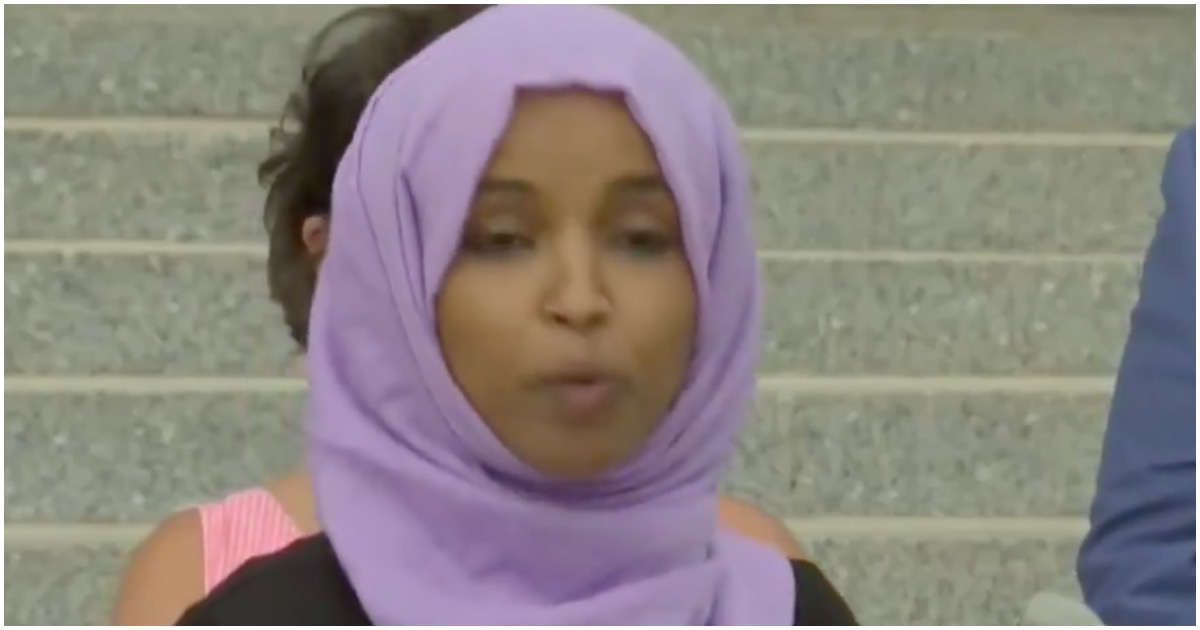 The following article, Omar: We Have to ‘Dismantle the Whole System,’ Not Just Fix Criminal Justice System, was first published on Flag And Cross.

President Trump held his first rally in a few months in Tulsa, Oklahoma. As expected, the joint was jam-packed with proud Americans.

POTUS did his thing, slamming the left while propping up the USA. He even went after radically far-left brother-lover Ilhan Omar.

First Trump rally post COVID-19 shutdown, there is a health check point where you are given a mask and your temperature is taken pic.twitter.com/SJTmB4mgAV

Continue reading: Omar: We Have to ‘Dismantle the Whole System,’ Not Just Fix Criminal Justice System ...

Hey Omar, to fix this country, we need to get rid of poor excuses for human beings, like you, OUT of this country! Your towel won’t help you!

The camel has it’s nose under the tent! Imagine, bringing that creature to America and likely saving her useless life in somolia and then she is placed into our government and allowed her crusade to destroy the country that saved her.