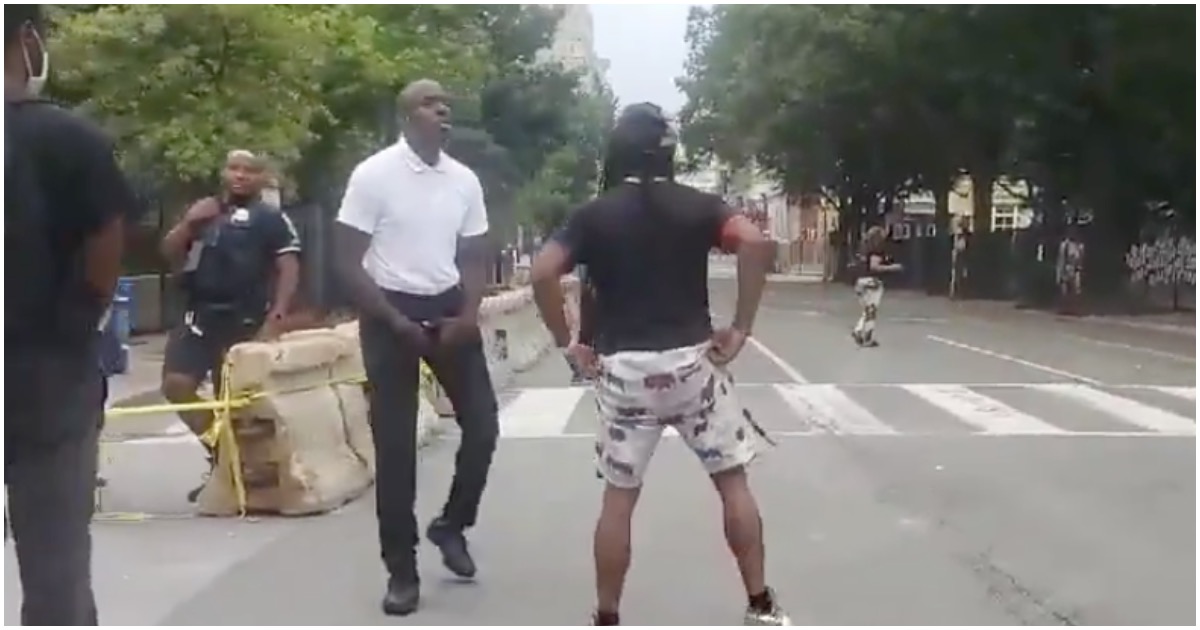 Actions have consequences. Punch a guy in the face, especially in front of cops, and you should expect to get arrested. That only makes sense, right?

You can’t commit assault in broad daylight. You shouldn’t do it ever.

But lefties don’t care about law and order. They want anarchy.

Breaking – #BLM protester punches Trump supporter in the face then is immediately arrested. Things are getting hostile at BLM plaza. Stay tuned for more updates on the ground pic.twitter.com/wL5fPF7z7P

Protesters were angry at cops for arresting the guy! Unreal, man.

Protesters angry at police that a #BLM protester was arrested after assaulting a Trump supporter here on #BLM plaza moments ago pic.twitter.com/aiPNADapCC

It’s almost as if liberal whites want to be slaves in order to make amends for past sins that neither they, nor any living member of their family (or multiple generations past), had anything to do with.

These people are hilarious and they aren’t even trying to be funny.

The D.C. Department of Public Works painted the words “Black Lives Matter” on a street in downtown D.C. Friday ahead of what is expected to be one of the largest rallies in the nation’s capital in response to the killing of George Floyd.

The painting, in large yellow letters, spans the width of 16th Street and will run from K Street to H Street at Lafayette Park near the White House.

Not really surprising, as police haven’t been allowed to do their job by liberal mayors & governors the past few months and so those criminals believe that they are now allowed to assault, burn, loot, etc without any fear of arrest. This is what the dems are doing to America.

Weak Ass Baboon would have had his skinny Ass beat like a drum if the cops weren’t there to save him……!