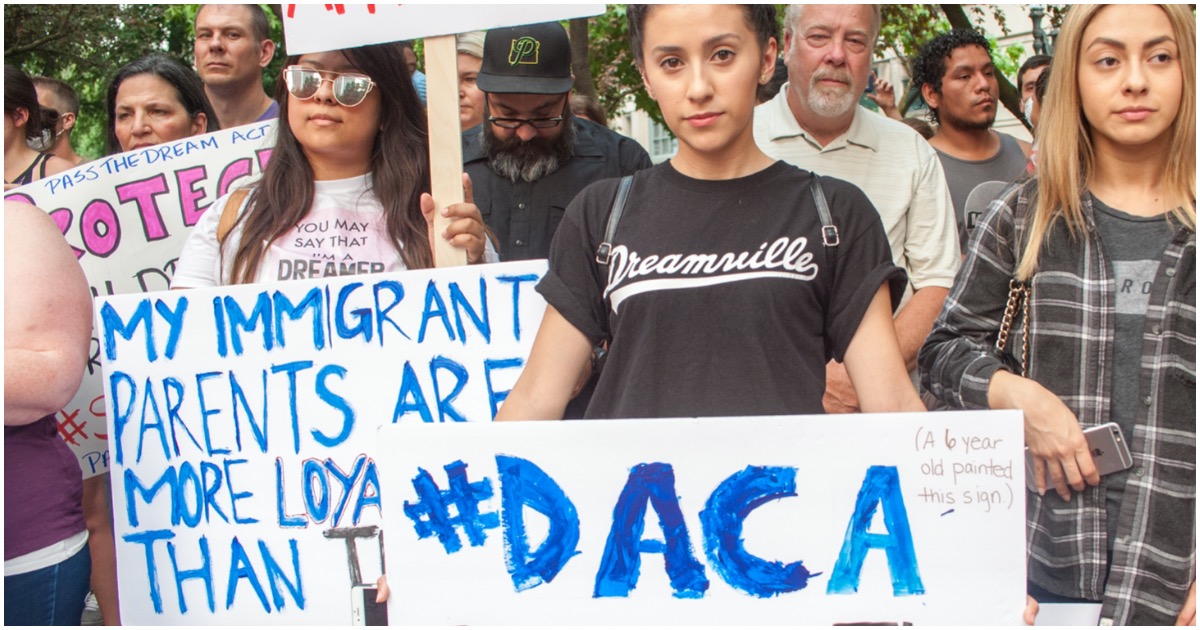 The following article, Report: President Trump to Refile Paperwork This Week That Will Rescind DACA Program, was first published on Flag And Cross.

Like most things nowadays, DACA has long divided conservatives and liberals. On Monday, it was reported that President Trump is set to make a big move later in the week.

Here’s the scoop, via The Hill:

President Trump is expected to refile paperwork this week to rescind the Deferred Action for Childhood Arrivals (DACA) program that offers protections for thousands of young immigrants, according to multiple people familiar with the planning.

Trump was initially expected to move to once again rescind the Obama-era program last week, but it was pushed back, according to one source. The exact timing remains in flux, but Trump is now expected to file the paperwork this week.

White House chief of staff Mark Meadows hinted in an interview with Fox News earlier Monday that the president was readying executive action on immigration issues, though he did not offer specifics.

After siding with his liberals peers yet again, GOP Senator Tom Cotton (AR) is telling Roberts he should step aside.

These horrible & politically charged decisions coming out of the Supreme Court are shotgun blasts into the face of people that are proud to call themselves Republicans or Conservatives. We need more Justices or we will lose our 2nd. Amendment & everything else. Vote Trump 2020!

What? And stop rewarding those that violate the law by sneaking into America and become illegals. Unless America is decided to be for Americans first and demanding that any immigrant come in legally we will soon not have a country.

I agree. We must regain control of the House because Pelosi is destroying our country by funneling so much money to San Francisco and going after the president for no good reason. She must be defeated this November.

I am getting the notion that perhaps John Roberts’ two adopted children are DACA children. If this is the case, he must be impeached and removed from the supreme court. Thank G.W. Bush for giving us this weasel who is not a conservative, but a bleeding heart liberal. We will see if this is true when the revised DACA paperwork gets to the supreme court. Note: until John Roberts is removed from the court, it will no longer be capitalized by me. It is a rogue court that favors the liberal, crooked, and very corrupt Democrat Party.