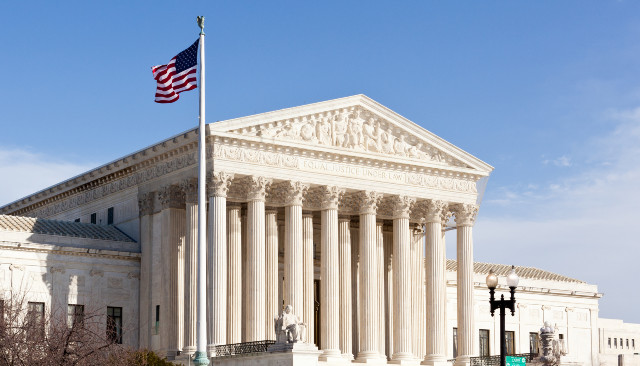 The following article, Good News For Trump: SCOTUS Issues Ruling Against ‘Faithless’ Electors, was first published on Flag And Cross.

The Supreme Court ruled against “faithless electors,” allowing states to require presidential electors to vote for the candidates they are committed to, which is good news for President Trump just ahead of what is sure to be a very tight contest come November.

Essentially, this means that electors can’t rebel and refuse to cast their votes for the candidate who won the state, therefore, if Trump wins a state, he gets all of the votes without worrying about losing any. The ruling strips a tool of dissension out of the hands of the left who aren’t above using any and every strategy at their disposal to stop him from having a second term.

The 538 members of the Electoral College are chosen based on the presidential vote in each state, and they, in turn, elect the president of the United States. States can require these electors to vote for the statewide winner or otherwise follow state laws, the court ruled.

Justices decided against four 2016 Electoral College electors seeking to overturn state laws binding them to the presidential nominee to whom they are pledged. In that race, a record seven electors didn’t back the candidate to which they were pledged. A total of 10 electors rebelled last cycle, and seven of those votes counted toward the final tally. The overall results were 304 for Donald Trump, 227 for Democratic nominee Hillary Clinton, and others seven, instead of Trump 306 to Clinton 232.

Four “faithless electors,” one from Colorado and another three from Washington, presented their oral arguments to the Supreme Court last month challenging the laws in 32 states and the District of Columbia.

This is a good thing. Whoever wins a state should be entitled to those Electoral College votes. Period. Even if it’s the Democrats. That’s the way our system works. Really this is a no-brainer. For once, the Supreme Court makes a good decision.

We’ll have to wait and see what kind of impact this has on the 2020 election. Perhaps none of the electors will try to rebel anyway. It’s useless to now, but that’s not stopped the left before.

Oh no! The dems/liberal lose another one? A good thing for the dems they have their new voting base now in place to vote for dems; you know, the illegals, criminals, & dead voters.