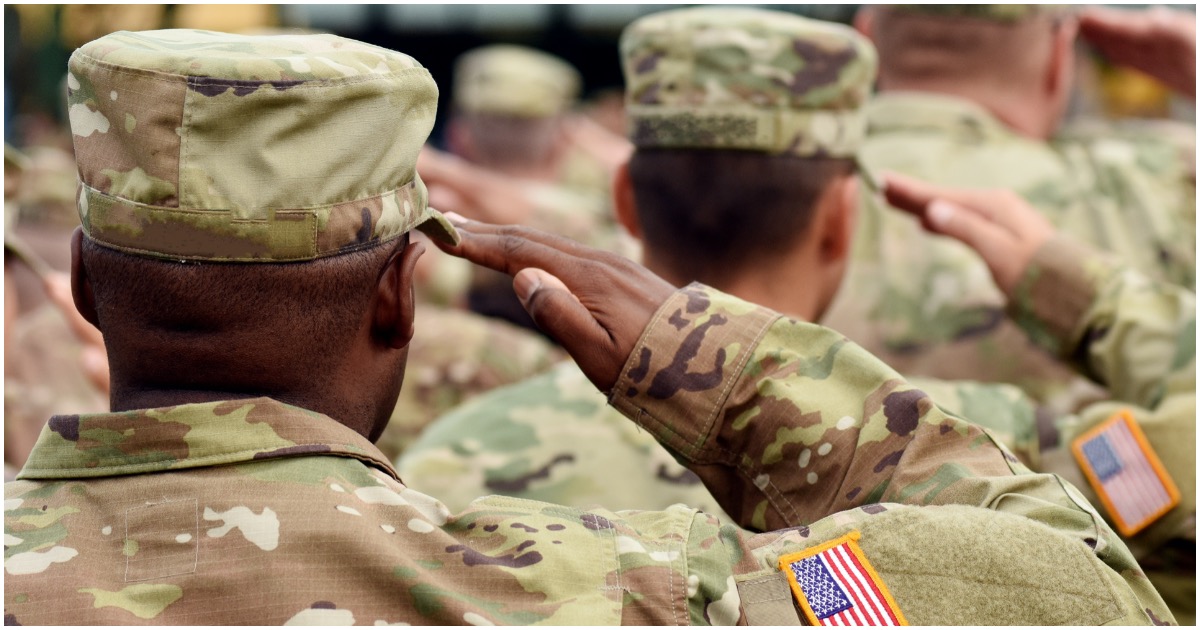 The following article, 1,000 National Guard Troops Ushered Into Atlanta to Stop Escalating Violence, was first published on Flag And Cross.

If Stacey Abrams was governor of Georgia right now, there’s a decent chance no National Guard troops would’ve been called in to stop radical leftist protesters.

Thankfully for people of the Peach State, Brian Kemp is in charge.

Georgia Republican Governor Brian Kemp on Monday authorized up to 1,000 National Guard troops to be deployed to Atlanta after the city’s mayor, Democrat Keisha Lance Bottoms, failed to stop the escalating violence in her city.

“Peaceful protests were hijacked by criminals with a dangerous, destructive agenda. Now, innocent Georgians are being targeted, shot, and left for dead,” Kemp said in a statement. “This lawlessness must be stopped and order restored in our capital city. I have declared a State of Emergency and called up the Georgia Guard because the safety of our citizens comes first. This measure will allow troops to protect state property and dispatch state law enforcement officers to patrol our streets. Enough with the tough talk. We must protect the lives and livelihoods of all Georgians.”

This recent trend of lawlessness is outrageous & unacceptable. Georgians, including those in uniform, need to be protected from crime & violence. While we stand ready to assist local leaders in restoring peace & maintaining order, we won’t hesitate to take action without them. https://t.co/NTacEm4v7o

Rayshard Brooks didn’t have to be six feet under the ground, right now. He chose to get shot, essentially. You can’t be drunk, resist arrest, fight with cops, grab a taser to use as a weapon and then expect to sleep in your own bed that night.

Now that Officer Garrett Rolfe has been charged with murder (how ridiculous!), some of his peers have decided to call in quits in a show of solidarity.

70 resignations as of right now from APD. And the silence from leaders is deafening.

Prayers please. Husband is Atlanta PD. Stuck at hq because the protesters are surrounding it. All zones have walked off the job and other shifts called in

Do not believe the ATL mayor or CNN …. they asked for help from other jurisdictions and they all said no. The dispatchers just all walked out.

Just got confirmation… APD is still silent. Chiefs are freaking out. Your voices are being heard. We will not be your political pawns. Ever. For 20 years my family has sacrificed everything to make the City of ATL better. We have zero leadership.

Did you know that 60% of APD is African American? Do you honestly think they would be standing by their fellow officers if this was a race issue? No! Many of us condemned what happened to George Floyd. This is not the same. It’s all political

And now will the Guard & Police be allowed to do the job and stop the criminal violence from the dems/liberals? As they did in Detroit in 1967.

They need to be allowed to use force, if necessary ,No sense sending in the military if they have to ‘stand down’ as the police have had to do, which is absolutely ridiculous. There needs to be a ton of arrests and jail time for these miscreants.