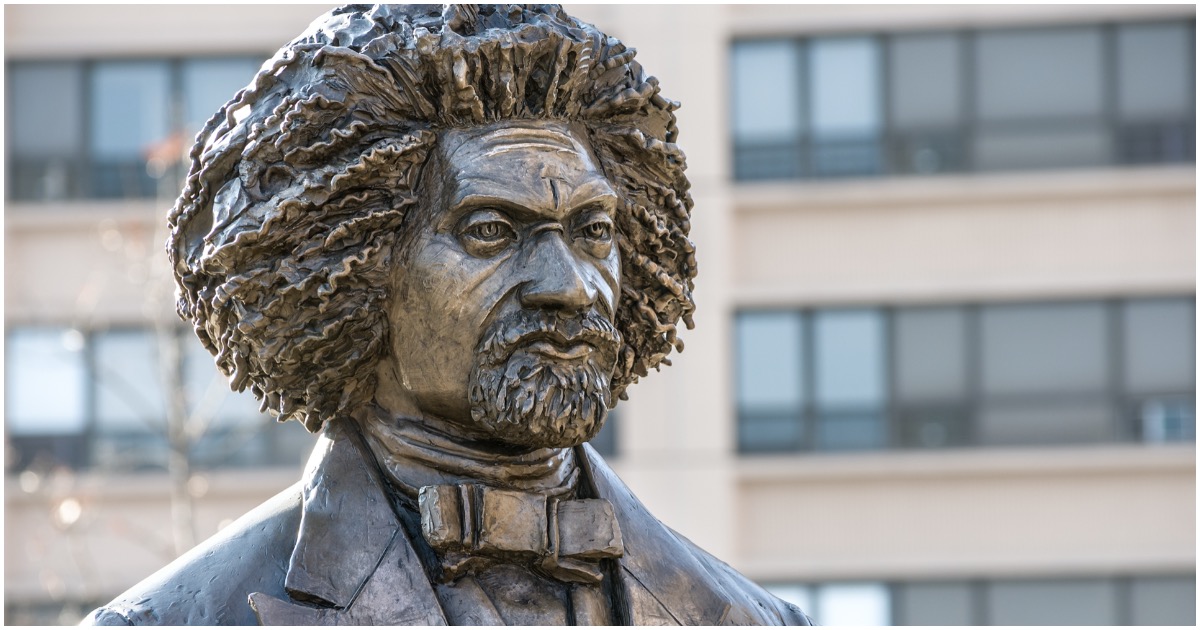 The following article, Statue of Famed Black Abolitionist Comes Crumbling Down At the Hands of Leftist Protesters, was first published on Flag And Cross.

Okay, it just needs to be said at this point: radical liberal know-nothings hate statues. It doesn’t even matter what the statue represents, as evidenced by the torching of a 120-year-old elk and graffiti painted on the side of a “racist” mermaid.

Statues are the enemy, that could not be more clear.

Check this out, via Democrat & Chronicle:

On the same weekend in which famed abolitionist Frederick Douglass 168 years ago delivered one of his most historically resonant speeches, a statue of Douglass was toppled from its base and left near the Genesee River gorge.

Located in Maplewood Park, the statue “had been placed over the fence to the gorge and was leaning against the fence” on the river side, according to a statement from Rochester police. The statue was left about 50 feet from its pedestal.

The base of a Frederick Douglass statue torn down overnight here in Maplewood Park. Bits of the statue scattered around the area. @News_8 pic.twitter.com/L6qgV7bVH2

Douglass, a former slave, delivered the speech to the Ladies’ Anti-Slavery Society at Corinthian Hall in downtown Rochester. He told the listeners there and beyond that the country could not lay claim to the purest of ideals while willingly enslaving and oppressing its black citizens.

Continue reading: Statue of Famed Black Abolitionist Comes Crumbling Down At the Hands of Leftist Protesters ...

White “antifa” (obviously FA, just like their heroes Marx and Hitler) are destroying black history; where’s the outcry from the black community?

But those criminals tearing the statue down likely had no idea what they were tearing down? Perhaps thought if was Washington, Lincoln, or even King??