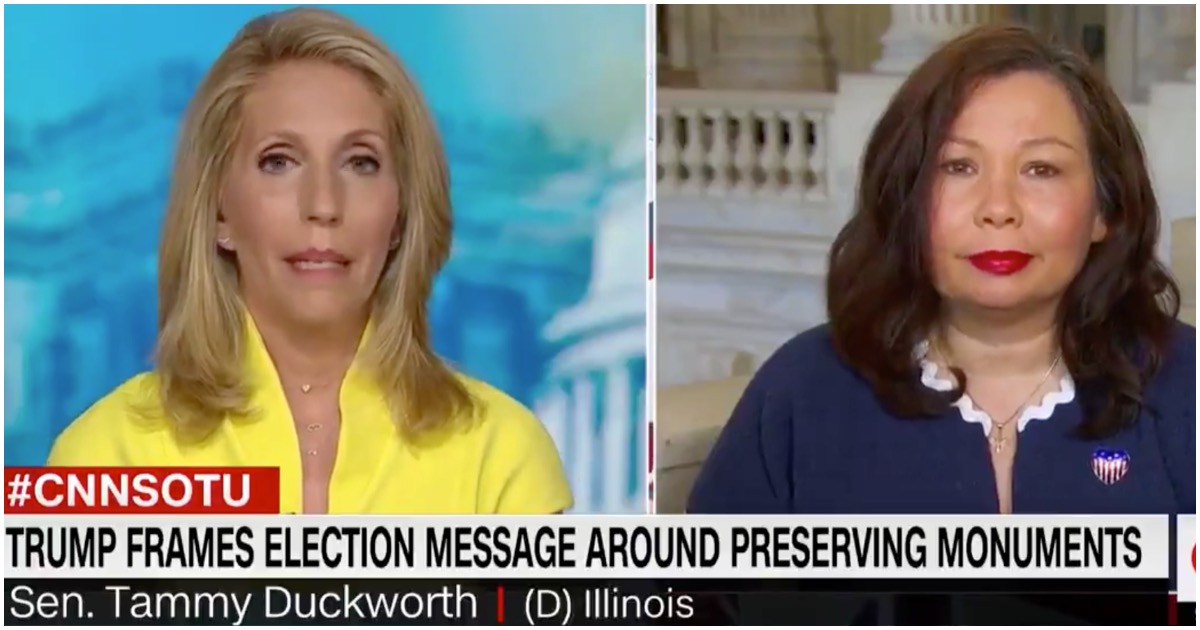 The following article, Democrat Senator: We Should Start Thinking About Tearing Down George Washington Statues, was first published on Flag And Cross.

So, if this far-left Senator gets her wish and all statues of America’s first president are torn down, where does it end? Will the Evergreen State and District of Columbia be renamed?

Should Mount Vernon be razed?

The Illinois Democrat told CNN’s “State of the Union” that the president’s Friday speech in South Dakota “spent more time worried about honoring dead Confederates” than discussing the number of Americans who died from COVID-19.

She also criticized the president for not spending as much time discussing the intelligence that Russia offered bounties to Taliban-linked militants to kill U.S. military members in Afghanistan.

Sen. Tammy Duckworth on President Trump's Mt. Rushmore speech where he defended Confederate monuments: "His priorities are wrong. What are we going to do to push Russia back? Instead, he had no time for that. He spent all his time talking about dead traitors" #CNNSOTU pic.twitter.com/Qs6bzdGGY3

903 adults were polled. 838 of those people were registered voters.

You’d think even the most partisan Democrat voters would pick George Washington over Obama as America’s greatest president, but no.

That’s how unbelievably how far left they’ve gone. They’re out of bounds.

The line is a dot to them.

Most Democratic voters say that they believe former President Barack Obama was a better president than founding father and first U.S. president George Washington, according to a recent poll.

If Washington statues go, so should Obamas.

Imagine, some voters voted to place her into state-wide office.